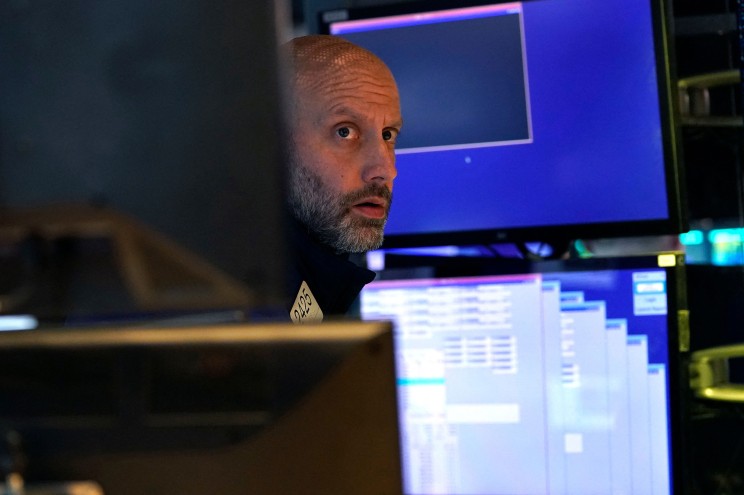 US stocks plunged sharply in trading Tuesday as investors reacted to mounting fears of escalated violence in the Russia-Ukraine war and the potential ripple effects of crippling sanctions on the global economy. The Dow Jones Industrial Average plunged nearly 700 points in midday trading – a downturn that occurred amid reports that Russia has stepped up its attacks on portions of Ukraine with civilian populations. The latest violence included heavy bombing of Kharkiv, Ukraine’s second-biggest city, as well as a television tower in the capital city of Kyiv. The S&P 500 – the broadest index of the US stock market, sank nearly 2% in midday trading. The tech-heavy Nasdaq index also dropped nearly 2%. The conflict has also roiled the global energy market, sending the US benchmark for oil prices above $103 per barrel — and causing higher gas prices for US motorists. The CBOE volatility index, tracked as a measure of investor anxiety and known as Wall Street’s “fear gauge,” jumped 14% to 34.49 – its highest level since Feb. 24. So far, severe economic sanctions imposed by the US and other nations around the world have done little to deter Russian President Vladimir Putin from his aim of capturing Kyiv. A 40-mile-long Russian convoy of tanks and military equipment was advancing on the capital, where Ukrainian soldiers and civilians have offered heavy resistance. The Russian ruble has cratered in response to the sanctions, which included the ejection of some Russian banks from the SWIFT international payments system. A growing number of US companies across various sectors are limiting or ending their operations in Russia in response to the invasion. “The longer this conflict lingers, the worse the fighting is going to get, and that can’t possibly be good for equities,” David Petrosinelli, a senior trader at InspereX in New York, told Reuters. “Stocks are very vulnerable even from the levels they’re at right now and it’s largely because of what’s going on in Ukraine and to a lesser degree the disruption that’s going to come through with oil.” Meanwhile, the cryptocurrency market continued its recent rebound. Some analysts have suggested that increased demand from Russians and Ukrainians has contributed to a recent upswing in prices. Bitcoin surged more than 6% to $43,750 as of about 2:15 p.m. ET. Ethereum jumped more than 5% and Solana ticked about 2% higher. Investors will also be watching tonight to see how President Biden addresses the conflict – as well as surging inflation and other economic challenges on the home front – during his first “State of the Union” address.