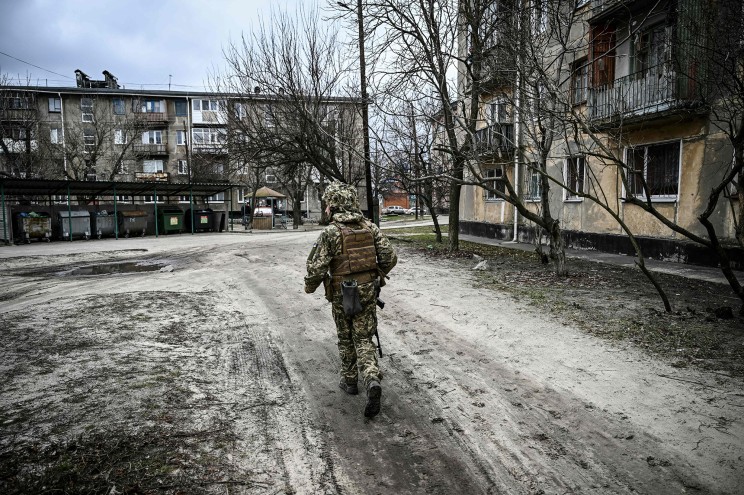 Jittery investors are poised for a selloff on Wall Street as images from Eastern Europe show Russian forces take up positions inside Ukrainian territory. The shattering of peace in Eastern Europe and the specter of a new cold war is likely to exacerbate economic pressures — including record levels of inflation — as the world struggles to recover from the effects of the coronavirus pandemic. Dow futures were trading down 1.4% before the opening bell while Nasdaq futures, which dipped by as much as 3% in the early morning hours of Tuesday, fell 0.5%. S&P 500 futures, which nosedived by as much as 2.2% at around the crack of dawn local Eastern time on Tuesday, recovered somewhat, recently down 0.2%. Meanwhile, global crude prices rose to $99 per barrel, raising fears that the escalation in the Russia-Ukraine conflict could cause a disruption to oil supplies in what was already a tight market. US crude futures surged 5.4% to $95.65 per barrel as of early Tuesday. Russia could cease supplying oil and natural gas to Europe, which could have major ripple effects globally. Many of the pipelines through which Russia supplies the continent run through Ukrainian territory. “Russia and Ukraine are major exporters of a lot of commodities. In addition to oil, Russia exports nearly half the palladium in the global market. It also exports gold, platinum and gas,” Anthony Denier, CEO of trading platform Webull, told The Post. Russian President Vladimir Putin on Monday issued a decree recognizing breakaway regions of Ukraine occupied by pro-Russian separatist forces as independent republics. Putin then ordered Russian troops into the regions as “peacekeepers” — a move that observers fear is a precursor to a full-scale invasion of Ukraine. The Biden administration has vowed to impose sanctions on the Kremlin in retaliation for any offensive actions against Ukraine. The tumult in Eastern Europe is only beginning to make its impact on the street, according to Denier. “I think the market is being cautious and not pricing in a full armed conflict,” he said. “If that happens, we could see a big drop.”