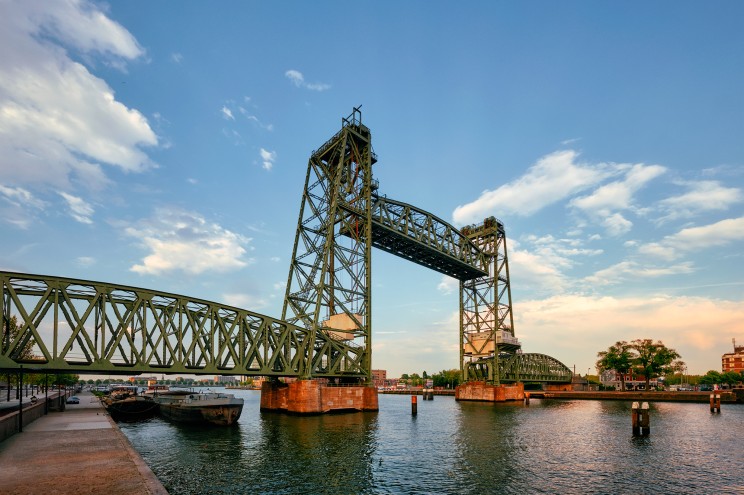 The mayor of a city in the Netherlands has denied reports that authorities planned to dismantle a historic bridge in order to allow Jeff Bezos’ massive superyacht to pass through. Rotterdam Mayor Ahmed Aboutaleb said that no decision had been made about whether to take apart a portion of the century-and-a-half old Koningshaven Bridge, which spans over a Rhine River distributary. Aboutaleb insisted that if a section of the bridge needs to be removed to make way for Bezos’ yacht that’s under construction upriver, the Amazon founder will be the one who will have to foot the bill. “No decision has yet been taken, not even an application for a permit,” Aboutaleb told the Dutch-language daily Algemeen Dagblad. The mayor said that Bezos’ status as the world’s third richest man will not factor into whatever decision is made. “That has absolutely nothing to do with this decision. It’s about the facts. I want to know them first,” he is quoted as saying. After its construction, Bezos’ $500 million yacht, which is being built by Dutch firm Oceanco, will reportedly measure 417 feet in length, span several decks, and have three huge masts. It will also reportedly boast its own support yacht with a helipad. But the bridge, known locally as “De Hef,” has a 130-foot clearance, which will make it unpassable for the Y721. That prompted Oceanco to appeal to officials in Rotterdam to temporarily dismantle the bridge while pledging to foot the bill for any expenses. Taking apart and reassembling the middle section of the bridge was expected to take more than two weeks, according to Dutch-language outlet Rijnmond. Rotterdam officials touted Bezos’ pet project as a revenue generator. “From an economic perspective and maintaining employment, the municipality considers this a very important project,” municipal project leader Marcel Walravens reportedly said. “In addition, Rotterdam has also been declared the maritime capital of Europe. Shipbuilding and activity within that sector are therefore an important pillar of the municipality.” But preservation officials blasted the plan, saying that dismantling part of the bridge would violate a promise not to tamper with the landmark after it was restored in 2017. “Employment is important, but there are limits to what you can and may do to our heritage,” Ton Wesselink of the Rotterdam Historical Society reportedly said.