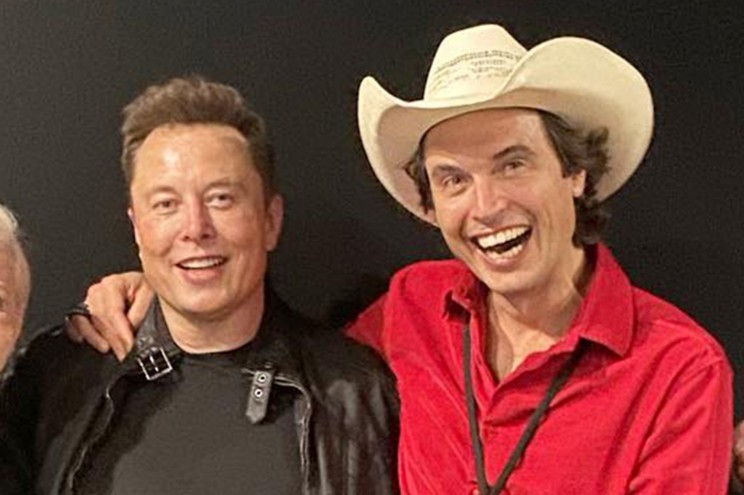 Elon Musk and his younger brother are being investigated by the Securities and Exchange Commission over whether the siblings violated insider trading laws, the Wall Street Journal reported on Thursday. The probe reportedly centers on Kimbal Musk’s sale in November of 88,500 Tesla shares — worth $108 million at the time — which allegedly occurred one day before Elon Musk posted a Twitter poll asking if he should sell 10% of his stake in Tesla. Tesla shares plummeted after Elon Musk posted the poll — and the Tesla CEO subsequently sold several billion dollars worth of stock. In the months since Musk’s initial tweet on Nov. 8, Tesla shares have tanked 33%. If Kimbal Musk — a restaurateur known for wearing goofy cowboy hats — had theoretically been aware that his older brother was considering making the post or selling the shares, the siblings could have potentially violated insider trading laws, which ban company insiders from trading based on information that’s not available to the general public. The SEC and Tesla did not immediately respond to requests for comment on the Journal’s report. News of the investigation follows years of hostility between Elon Musk and the SEC. Last week, lawyers for the Tesla and SpaceX mogul accused the feds of “going rogue” and stiffing Tesla investors out of $40 million under a 2018 truce that settled a flap over his controversial tweet about taking Tesla private. The SEC sued Musk after he tweeted in 2018 about having “funding secured” to take Tesla private at $420 a share. Musk’s lawyers also accused the SEC last week of harassing the mogul with “serial investigations.” In early February this month, Tesla revealed in its annual 10-K filing that the SEC — headed by hard-charging Chair Gary Gensler — had served it with a fresh subpoena in mid-November, just days after Musk’s tweet about potentially selling 10% of his Tesla stake.