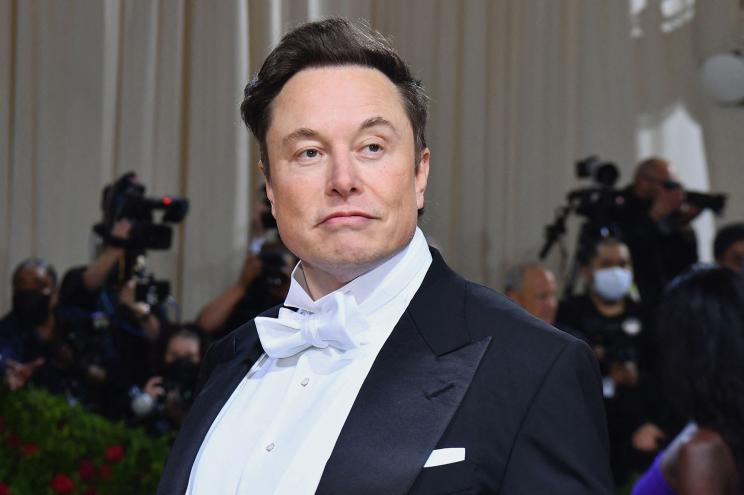 Elon Musk ordered Tesla staffers back into the office full-time on Tuesday — and invited employees who weren’t happy to pack up and “pretend to work somewhere else.” In a terse email sent to corporate Tesla staffers, Musk wrote that “Anyone who wishes to do remote work must be in the office for a minimum (and I mean *minimum*) of 40 hours per week or depart Tesla. This is less than we ask of factory workers.” “If there are particularly exceptional contributors for whom this is impossible, I will review and approve those exceptions directly,” Musk added. “Moreover, the ‘office’ must be a main Tesla office, not a remote branch office unrelated to the job duties.” Screenshots of Musk’s email circulated on Twitter Tuesday. In response to a Twitter user who asked Musk for his response to any Tesla employees who think in-person work is an “antiquated concept,” Musk once again bashed remote workers. “They should pretend to work somewhere else,” Musk said. They should pretend to work somewhere else— Elon Musk (@elonmusk) June 1, 2022 Musk’s crackdown comes as tech firms take wildly varying approaches to remote work. Some companies including short-term rental giant Airbnb and Facebook and Instagram parent company Meta are allowing many employees to work remotely forever, betting that the policy will keep current employees happy and help attract talent. Meta executive Dare Obasanjo took a stab at Musk’s return to office push on Twitter Wednesday. “A forced return to office policy during a renewed COVID surge sounds like a great way to create some attrition without the negative optics of a layoff,” wrote Obasanjo, who’s lead product manager for Meta’s Horizon Worlds metaverse team. Tesla employees just got this email requiring them to work from the office 40 hours a week. A forced return to office policy during a renewed COVID surge sounds like a great way to create some attrition without the negative optics of a layoff. pic.twitter.com/2FfqiNAgMy— Dare Obasanjo (@Carnage4Life) June 1, 2022 Other tech firms, including Apple and Google, are pushing hybrid schedules where many employees come into the office three days per week. However, Apple said in May that it was temporarily pushing back its three-day-per-week deadline. The company attributed the move to a surge in coronavirus cases — but it also came after employees threatened to quit over being forced to show up to the office. see also In response to a news story about Apple pushing back the deadline, Musk mocked the decision with a meme of an obese dog taking a nap. In addition to running Tesla, SpaceX, Neuralink and the Boring Company, Musk has agreed to a deal to take over Twitter, which was one of the first large tech companies to let employees work from home permanently. On corporate forum Blind, Twitter employees have blasted Musk’s attitude toward remote work and questioned whether a takeover would mean a similarly strict policy at the social media company. “Most companies at least set a return day a couple months out to let employees prepare,” one Twitter employee griped in response to Musk’s Tesla announcement. “Who just suddenly makes massive changes to an orgs work life with no warning.” Another Twitter employee in April questioned whether Musk would “rule” with an “iron fist” at Twitter, predicting that forcing a return to office would cause “even more attrition.” Musk has already made fun of Twitter employees working remotely, writing in April that the company should turn its San Francisco headquarters into a homeless shelter since so few employees come into the office.