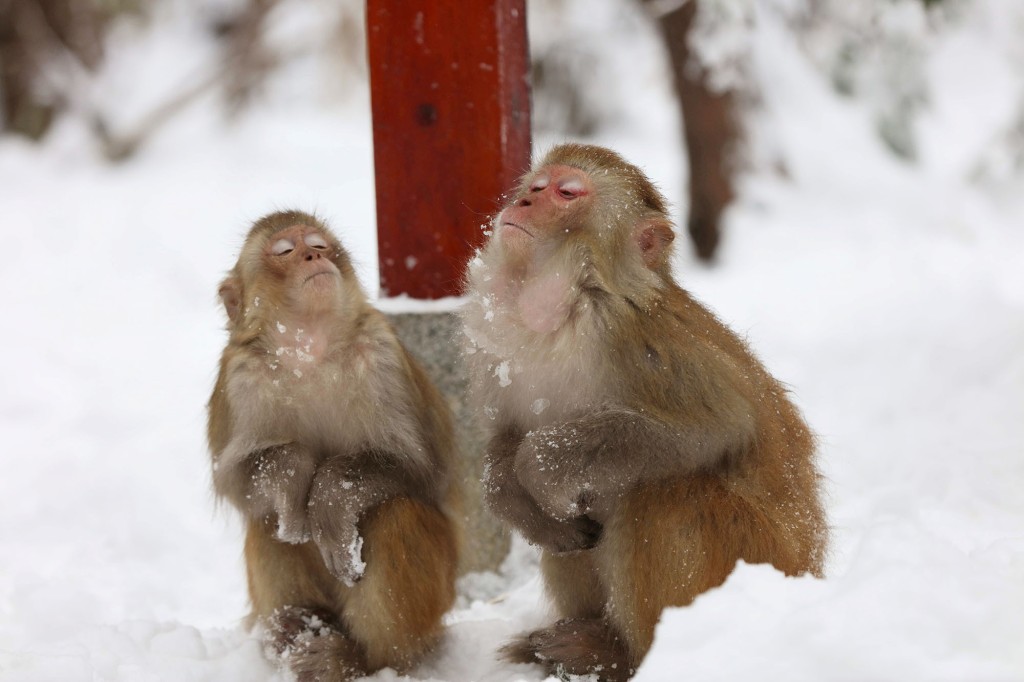 Elon Musk’s brain-chip company Neuralink is facing a legal challenge from an animal rights group that has accused the company of subjecting monkeys to “extreme suffering” during years of gruesome experiments. Neuralink’s brain chips — which Musk claims will one day make humans hyper-intelligent and let paralyzed people walk again — were implanted in monkeys’ brains during a series of tests at the University of California, Davis from 2017 to 2020, according to a compliant from the Physicians Committee for Responsible Medicine filed with the the US Department of Agriculture on Thursday. In one horrifying example, a monkey was allegedly found missing some of its fingers and toes “possibly from self-mutilation or some other unspecified trauma.” The monkey was later killed during a “terminal procedure,” the group said in a copy of the complaint shared with The Post. In another ghastly case, a monkey had holes drilled in its skull and electrodes implanted into its brain, then allegedly developed a bloody skin infection and had to be euthanized, according to the complaint. In a third instance, a female macaque monkey had electrodes implanted into its brain, then was overcome with vomiting, retching and gasping. Days later, researchers wrote that the animal “appeared to collapse from exhaustion/fatigue” and was subsequently euthanized. An autopsy then showed the monkey had suffered from a brain hemorrhage, according to the report. The experiments involved 23 monkeys in all. At least 15 of them died or were euthanized by 2020, according to the group, which based the report on records released through California’s open records law. “Pretty much every single monkey that had had implants put in their head suffered from pretty debilitating health effects,” Jeremy Beckham, the Physicians Committee for Responsible Medicine’s research advocacy director, told The Post. “They were, frankly, maiming and killing the animals.” The macabre report comes as Neuralink plans to begin its first human tests. Musk said in December that he wants to start human trials for the devices in 2022 and the company posted a job listing for a clinical trial director this January. The group behind the report, the Physicians Committee for Responsible Medicine, advocates for veganism and alternatives to animal testing — positions that have sometimes put the group at odds with the American Medical Association. It has also previously received funding from controversial animal rights group PETA, The Guardian reported. The group doesn’t currently have “any relationship with PETA” but sometimes works on overlapping issues, Beckham said. The organization is accusing Neuralink and UC Davis of nine violations of the federal Animal Welfare Act — a federal measure designed to reduce suffering during animal experiments. “Many, if not all, of the monkeys experienced extreme suffering as a result of inadequate animal care and the highly invasive experimental head implants during the experiments, which were performed in pursuit of developing what Neuralink and Elon Musk have publicly described as a ‘brain-machine interface,’” the group wrote in its complaint to the USDA. “These highly invasive implants and their associated hardware, which are inserted in the brain after drilling holes in the animals’ skulls, have produced recurring infections in the animals, significantly compromising their health, as well as the integrity of the research.” The group is also suing UC Davis in an attempt to make them release more photos, videos and information about the monkeys under California’s public records laws. The alleged abuses come in stark contrast to publicly shared materials from Neuralink. In a video posted on YouTube last April, the company showed a healthy and happy-seeming monkey playing the video game Pong with its brain. Neuralink and UC Davis did not immediately respond to requests for comment. A UC Davis spokesperson told Fortune that its work with Neuralink ended in 2020 and that the university’s Institutional Animal Care and Use Committee had “thoroughly reviewed and approved” its project with Neuralink. “We strive to provide the best possible care to animals in our charge,” the spokesperson added. “Animal research is strictly regulated, and UC Davis follows all applicable laws and regulations including those of the U.S. Department of Agriculture.”