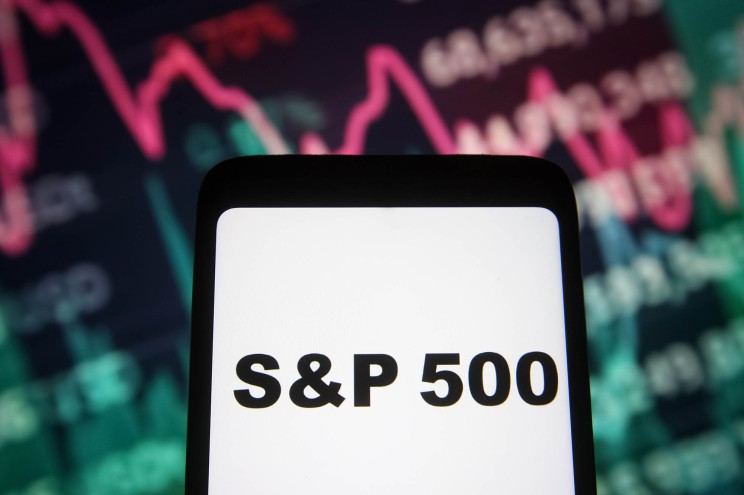 The S&P 500 and other stock indices are poised for a major selloff if Russia’s military aggression toward Ukraine escalates to a full-on invasion, Goldman Sachs analysts have warned. Goldman Sachs issued the dire forecast hours after Russian President Vladimir Putin recognized two breakaway pro-Moscow regions in Ukraine as independent and ordered troops to the enclaves. President Biden and other world leaders have warned of severe sanctions if Putin proceeds with a military offensive. The S&P 500 could decline by 6% from last Friday’s close in a worst-case scenario event of an invasion and resulting sanctions, according to the bank’s analysts. The tech-heavy Nasdaq could sink nearly 10% and indices in Europe and Japan would also experience heavy losses. “Although Russia/Ukraine tensions appeared to affect primarily local assets in January, spillovers to global assets have been much more obvious in February,” Goldman Sachs analysts said in a note to clients Monday, according to Bloomberg. “If risks flare up further, and we shift to an outright conflict scenario coupled with punitive sanctions, the build in political risk premium would very likely extend.” Goldman also warned of a 13% spike in benchmark US oil prices and a decline in Treasury yields in its worst-case scenario for the Russia-Ukraine conflict. The analysts based their projections in part on how global assets have responded to the volatility of the Russian ruble during recent geopolitical tensions. However, the analysts noted stocks and Treasury yields would rise in a “de-escalation scenario” in which open military conflict is averted. US stocks opened lower Monday morning amid heightened investor concerns about the threat of war. Global crude oil prices rose to $99, owing to fears that a conflict would further disrupt the commodities market. President Biden has already imposed economic sanctions against the two breakaway regions in Ukraine following Putin’s declaration at a bizarre meeting on Sunday. White House Press Secretary Jen Psaki said those penalties were “would be in addition to the swift and severe economic measures we have been preparing in coordination with Allies and partners should Russia further invade Ukraine.”