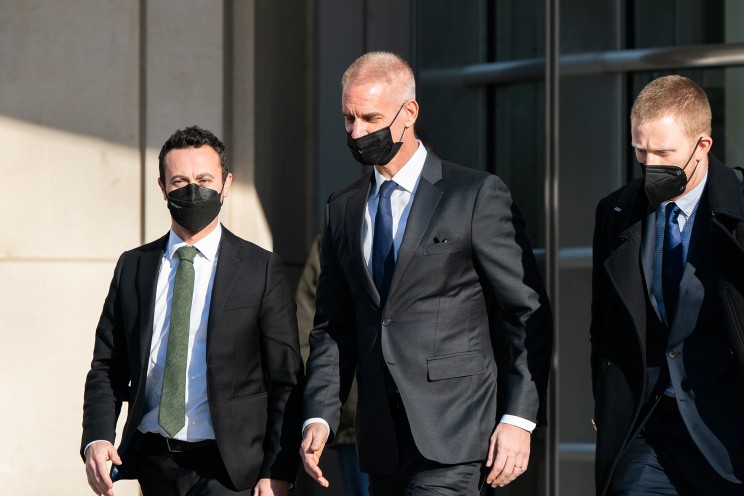 Former Goldman Sachs star executive Tim Leissner told a courtroom this week that he held a lucrative side gig with another firm while he was still a partner at the bank – and participating in a scheme to pilfer billions of dollars from Malaysia’s 1MDB sovereign development fund. Leissner – the prosecution’s star witness in the embezzlement trial against his former coworker, banker Roger Ng – said he was earning $41,000 per month in 2015 while working for Wildcat Capital Management. Wildcat is the family office of David Bonderman, the billionaire co-founder of investment giant TPG. The former chairman at Goldman Sachs’ Southeast Asia division, Leissner admitted that he never disclosed his side hustle to his main employer. It’s also unclear what tasks actually performed for Wildcat. The family office confirmed Leissner’s past work but said he was “never a Wildcat employee.” “He did serve as a consultant beginning in the summer of 2015 but was immediately terminated when the circumstances around his departure from Goldman Sachs became known,” Wildcat said in a statement obtained by Bloomberg. Goldman Sachs declined comment. Leissner left his role at the bank in 2016. Leissner’s links to TPG arose earlier in the trial. The star witness said he previously helped the daughter of disgraced ex-Malaysian prime minster Najib Razak to get a job at TPG Asia. Najib is currently in prison for his role in the 1MDB corruption scandal. Defense attorneys for Ng have focused on Leissner’s past misdeeds during the trial in a bid to raise questions about his credibility as a witness. Earlier in the week, Leissner admitted that he sent fake emails for years while pretending to be his ex-wife, Judy Chan. The emails were sent to Leissner’s future wife, model Kimora Lee Simmons, as well as Malaysian financier Jho Low – another key figure in the corruption scandal. Leissner said he initially posed as Chan while trying to convince Simmons — whom he was dating at the time — that they were no longer legally married. He continued the charade for years, holding full conversations with Simmons as Chan about family vacations and other events – at one claiming that Simmons was responsible for an IRS audit targeting Leissner. Defense attorney Marc Agnifilo said the email scheme was proof that Leissner was a “rare, cunning liar” whose testimony couldn’t be trusted. Earlier in the trial, Agniflo accused Leissner of being a “double bigamist” who was twice married to two women at once. Leissner later admitted that he “faked” divorces to marry other women while he was still legally wed. Leissner has already pleaded guilty to charges of conspiracy to launder money and conspiracy to violate the Foreign Corrupt Practices Act. He agreed to forfeit $43.7 million and will be sentenced for his role in the scheme later this year. Federal officials say Leissner, Ng and Low worked to divert $4.5 billion from the 1MDB fund – some of which Goldman helped to raise through bond sales – to fund their lavish lifestyle.