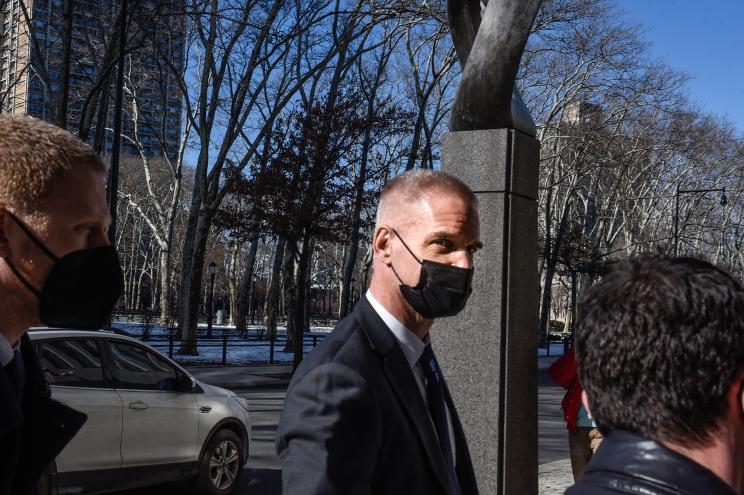 A feng shui master warned disgraced ex-Goldman Sachs star Tim Leissner against generating “bad karma” during the period when he conspired to loot billions of Malaysia’s sovereign development fund, according to the wife of his alleged accomplice, fellow ex-banker Roger Ng. Ng’s wife, Hwee Bin Lim, detailed the eerie warning while testifying at her husband’s ongoing embezzlement trial in connection to the 1MDB scandal. Ng, Goldman’s former head of investment banking in Malaysia, alleged worked with Leissner and Malaysian financier Jho Low to loot the fund in exchange for kickbacks. Lim said she and Ng set up readings with the feng shui expert – identified as “Master Pang” for Leissner in 2015 and 2016. Leissner has already pleaded guilty to involvement in the embezzlement scheme and is one of the prosecution’s key witnesses against Ng. “Don’t cause bad karma,” Master Pang told Leissner at one of the meetings, according to Lim’s testimony reported by Bloomberg. “Whatever bad is coming is coming out of your mouth.” Feng shui is commonly used in Asia to assess positive and negative signs and energy flows. Lim said she and Ng would consult with a feng shui master annually, as well as ahead of making major decisions such as buying real estate. Leissner acknowledged meeting with a feng shui master earlier in the trial, telling the jury that the master predicted he “would have an issue with authorities for the first half of the 10 years but then it would be resolved.” The master also warned that “women in my life would always be a problem,” according to Leissner, who earlier admitted to being a “double bigamist” who was twice married to two different women at the same time. Leissner also testified that one of his meetings with Ng and his wife regarding the feng shui readings led the trio to develop a “cover story” for a $35 million kickback. Last week, FBI agent Sean Fern said the feds tracked tens of millions of dollars that were filtered from an account controlled by Leissner’s ex-wife, Judy Chan Leissner, to another account held by Ng’s mother-in-law, Tan Kim Chin. Fern said Ng used the money was used to buy luxury items, such as such as $300,000 worth of jewelry and a $20,000 gold-plated hourglass. Prosecutors have also alleged Lim “played a central and crucial role” to Ng’s embezzlement scheme. Ng has pleaded not guilty to federal charges of conspiracy to launder money and violate US anti-bribery laws.