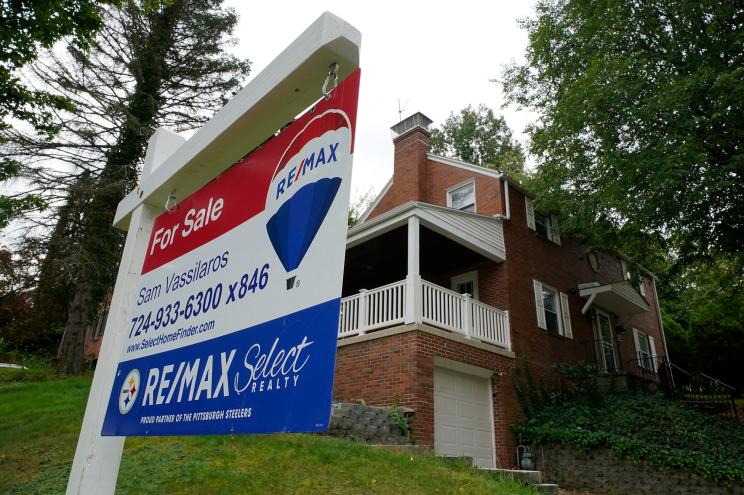 US home sales fell more than expected in March as house prices hit a record high despite some improvement in supply, and could decline further amid surging mortgage rates. Existing home sales dropped 2.7% to a seasonally adjusted annual rate of 5.77 million units last month, the National Association of Realtors said on Wednesday. The data mostly reflected the closing of contracts signed two to three months ago when the 30-year fixed-rate mortgage was below 4%. Economists polled by Reuters had forecast sales would decrease to a rate of 5.80 million units. Sales are now reverting back to their pre-pandemic level. Sales fell in the Northeast, South and Midwest. Home resales account for the bulk of US home sales. They were down 4.5% on a year-on-year basis in March. The 30-year fixed-rate mortgage averaged 5.0% during the week ended April 14, the highest since February 2011 and up from 4.72% in the prior week, according to data from mortgage finance agency Freddie Mac. The Federal Reserve in March raised its policy interest rate by 25 basis points, the first rate hike in more than three years, as the US central bank battles surging inflation. Economists expect the Fed will hike rates by 50 basis points next month, and soon start trimming its asset portfolio. see also The housing market is the sector of the economy most sensitive to interest rates. But with still low inventory, economists believe higher borrowing costs will have a moderate impact on demand. While single-family homebuilding and permits fell in March, both remained at high levels. The inventory of single-family housing under construction was the highest since November 2006, government data showed on Tuesday. Still, owning a home is becoming unaffordable for many Americans. The median existing house price jumped 15% from a year earlier to an all-time high of $375,300 in March. Sales remained concentrated in the upper-price end of the market. There were 950,000 previously owned homes on the market in March, up 11.8% from February, but down 9.5% from a year ago. At March’s sales pace, it would take 2.0 months to exhaust the current inventory, down from 2.1 months a year ago. A six-to-seven-month supply is viewed as a healthy balance between supply and demand. First-time buyers accounted for 30% of sales last month, up from 29% in February and down from 32% a year ago. All-cash sales accounted for 28% of transactions in March, the most since July 2014. That was up from 25% in February and 23% in March 2021.