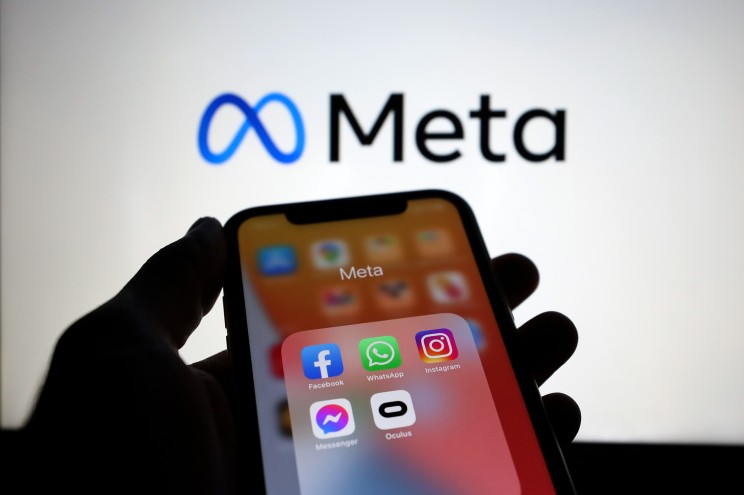 Facebook and Instagram posts linking inflation to corporate greed are getting slapped with “fact check” tags — even as many companies jack up prices despite reporting their highest profits in years. One post that earned a “fact check” tag on Instagram pointed out that Exxon Mobil, Chevron, Shell and BP have all recently reported their highest profits since the mid-2010s while Americans are left with higher prices at the pump. “Guess that’s just inflation,” the post mused. On Facebook, meanwhile, a post accusing Chipotle, Starbucks and McDonalds of raising prices despite surging profits and blaming the squeeze on “100% corporate greed” was also adorned with a “fact check” message. When Meta’s fact-checkers tag a post as missing context, Facebook and Instagram often make them show up lower in users’ news feeds. On Instagram, the posts can also be removed from explore and hashtag pages altogether, according to Meta. And if an account shares “debunked” content multiple times, Meta will reduce their account’s “overall distortion” — including posts that haven’t been fact-checked. Both “fact checks” about corporate greed and inflation linked to an Agence-France Presse article blaming price increases on “big federal spending, heightened demand and supply problems” rather than corporate greed. “Experts rejected the idea that corporations are the main culprit,” AFP wrote. Asked for comment, Meta spokesperson Raki Wane said the fact check was first added on Feb. 11. “Other posts sharing the same information as the post shared below have also received similar in product treatments,” Wane told The Post. Yet some executives, such as the CEO of luxury goods maker Coach, have outright admitted that inflation isn’t what’s causing their companies to raise prices. “For Coach, the rise in [prices] isn’t really about inflation,” said CEO Todd Kahn, according to the Wall Street Journal. “It’s about reducing discounting.” The CEO of Ametek, which makes instruments for medical and aerospace companies, meanwhile said that the company is raising prices more than is needed to make up for inflation. “In the third quarter, our pricing [increases] continued to more than offset inflation,” CEO David Zapico said in a November earnings call, according to the Journal. While most executives may be less frank about why they’re jacking up prices, a Journal analysis showed that nearly two out of three of the largest US publicly traded companies had reported fatter profit margins by late 2021 than they had during the same period in 2019 — showing that price increases helped more than make up for inflation-related issues for many companies. Meta has taken flak for other questionable fact checks in the past. In 2020, Facebook’s fact-checkers put a “false information” tag on a Post op-ed claiming that the coronavirus may have escaped from a lab. But in 2021, the company was forced to start allowing “lab leak theory” posts after the Biden administration ordered US intelligence agencies to investigate if the virus came from a Chinese lab. In 2020, company also caught flak for limiting the spread of a Post story based on emails from a laptop that reportedly belonged to Hunter Biden — even though Biden later admitted the emails could “certainly be his” and Politico confirmed that at least some of the materials on the laptop belonged to Biden.