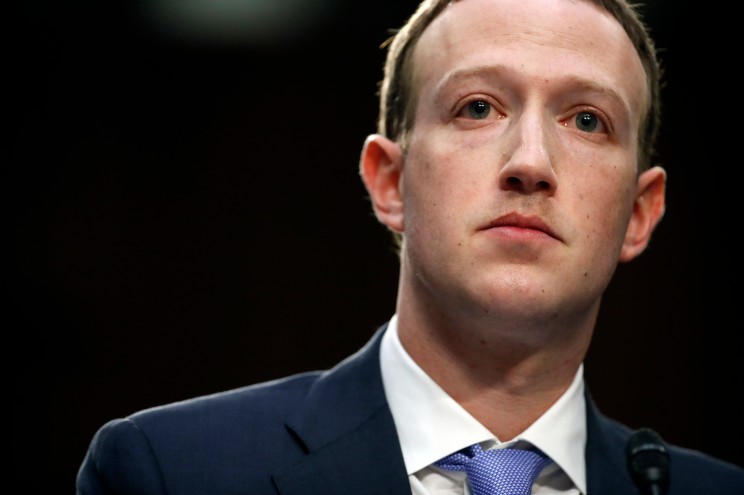 Facebook and Instagram parent company Meta saw its shares plummet to their lowest point in over a year on Wednesday after the company lowered its revenue forecast for the current quarter. Meta shares were down 22.5% at around $250.45 in late trade Wednesday. The company’s shares haven’t traded that low since 2020, and the dip corresponds to about $200 billion being knocked off Meta’s market capitalization. The dramatic plunge came after Meta lowered its 2022 first-quarter revenue projection to the range of $27 billion to $29 billion, compared to analysts’ expectations of $30.15 billion, according to Refinitiv data. Shares of other tech firms including Apple, Google and Microsoft have had a rocky start to 2022 as investors prepare for the Federal Reserve to hike interest rates. “it’s a black eye quarter,” Wedbush Securities managing director Dan Ives told The Post. “It’s a dark chapter quarter at a time when the bulls need to see good news.” Meta attributed the weak forecast to privacy changes by Apple that have allowed users to opt out of having much of their online activity tracked, making it more difficult for advertising companies like Meta to target them with ads. Ives said Apple’s privacy changes remain a “big hurdle.” He added that while Meta’s recent rebranding may have helped the company rehabilitate its image following a wave of scandals, the company has not yet convinced investors that its embrace of the metaverse will pay off. At the end of the day, Meta is still an advertising company. “They’re a basketball player saying that they’re a skier,” Ives said. The company’s metaverse-related spending meant that its Reality Labs virtual goggles division lost more than $10 billion in 2021, according to Meta’s earnings report. Zuckerberg has argued that throwing billions of dollars toward developing metaverse products will eventually pay off. Despite the bleak first-quarter forecast, Meta also reported better-than-expected earnings for the fourth quarter of 2021. The company’s total revenue, the bulk of which comes from ad sales, rose to $33.67 billion in the fourth quarter from $28.07 billion a year earlier, beating analysts’ estimates of $33.40 billion, according to Refinitiv data. With Post wires