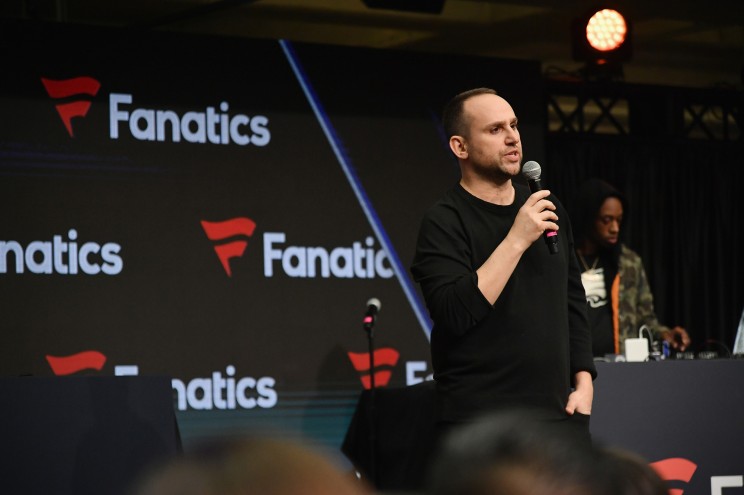 Sports merchandise giant Fanatics will acquire vintage team jersey maker Mitchell & Ness for around $250 million, a source familiar with the matter told The Post. Fanatics CEO Michael Rubin is teaming with rappers Jay-Z, Meek Mill and Lil Baby — and Maverick Carter, a business partner of LeBron James — on the purchase. The D’Amelio family of TikTok stars also is part of the group that is purchasing Mitchell & Ness. Rubin and Fanatics have been a deal-making spree of late, nabbing sports-card maker Topps earlier this month and inking an agreement with Macy’s late last year to sell its gear on the retailer’s website. Fanatics, the biggest maker of NBA, NFL and MLB jerseys, declined to comment to The Post on the price paid for Mitchell & Ness, but confirmed the deal. Rubin said that growing up in Philadelphia, he looked at Mitchell & Ness jerseys as a “badge of pride.” Rubin is a co-owner of the Philadelphia 76ers. “I’m incredibly excited for Fanatics to partner with this incredible group of innovative owners to build upon the company’s already strong business that has kept the brand culturally relevant for more than 100 years,” he said in a statement. The company that started in 1904 got its footing making official team uniforms, including for the Philadelphia Eagles. Its current offerings include a 1988 Larry Bird All-Star basketball jersey and other “throwback” replica apparel. Juggernaut Capital Partners bought Philadelphia-based Mitchell & Ness in 2016 from Adidas for about $50 million, so is set to make a profit on the sale. Adidas bought the niche brand in 2007 for less than that. The Michael Rubin-owned Fanatics was valued late last year at around $18 billion after a $322 million funding round from investors, including Jay-Z. In January, the sports-licensing company clinched a deal to buy the Topps trading card business that reportedly valued that side of the business at $500 million.