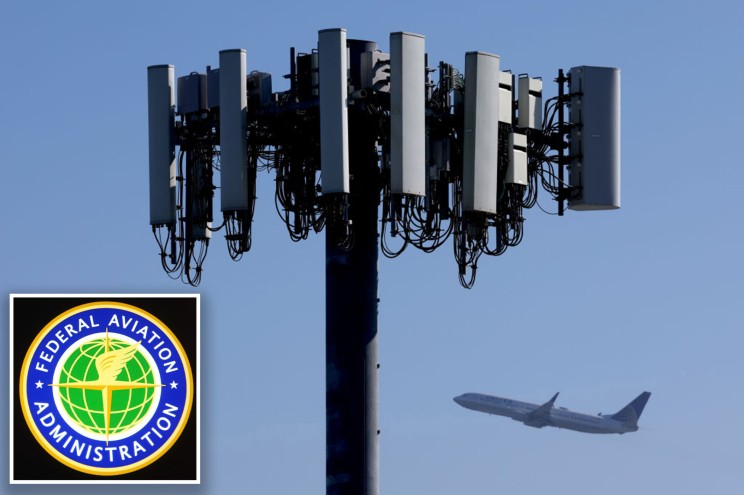 Federal regulators will allow telecom giants AT&T and Verizon to station more 5G towers closer to airports after additional safety tests found that they do not interfere with sensitive aircraft instruments. In recent months, AT&T and Verizon had bowed to pressure to delay their rollout of 5G antennas near airports due to concerns that they pose a safety risk to aircraft. But now, the Federal Aviation Administration said that the wireless companies will be allowed to deploy more towers after it determined that “it is possible to safely and more precisely map the size and shape of the areas around airports where 5G signals are mitigated, shrinking the areas where wireless operators are deferring their antenna activations.” The FAA said the latest data “will enable wireless providers to safely turn on more towers as they deploy new 5G service in major markets across the United States.” The announcement comes a day after the FAA gave the go-ahead to some 90% of US commercial aircraft to execute low-visibility landings in areas where 5G towers will operate. Federal aviation officials and top US airlines have feared the 5G signals could interfere with instruments that measure altitude on some passenger plane models, such as the widely used Boeing 777. The safety concerns prompted several international carriers, including Emirates and Lufthansa, to cancel US-bound flights earlier this month. The airlines, who widely deploy the Boeing 777, then reversed their decision days later after Verizon and AT&T agreed to a limited rollout of the 5G system. The companies agreed to the delays while the FAA studied the impact that 5G C-band spectrum, which are the frequencies of the electromagnetic spectrum used to transmit information through wireless network, had on airline safety. AT&T and Verizon won nearly all of the C-Band spectrum in an $80-billion auction last year. But the companies agreed to delay the deployment of 5G towers near airports after regulators warned of potential interference. The main trade group representing US airlines said the decision to limit the rollout helped to “avert catastrophic disruptions” to air travel.