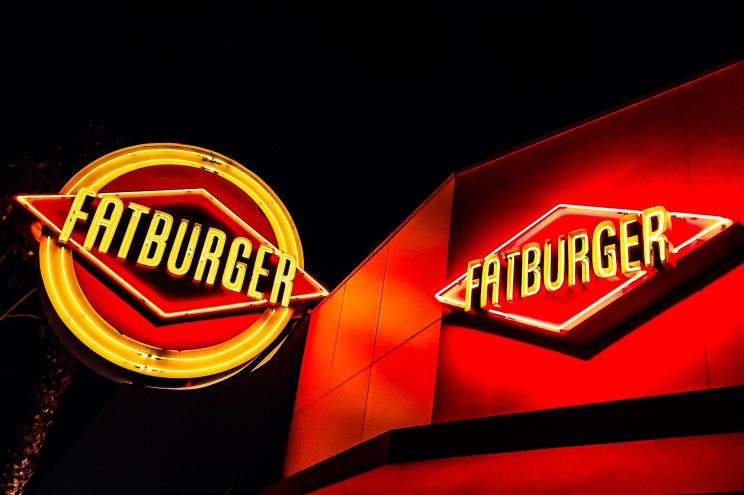 The boss of the Fatburger and Johnny Rockets chains is being investigated by federal agencies for alleged financial crimes — again. Fat Brands CEO Andrew Wiederhorn, a convicted felon who served 15 months in prison about 20 years ago for filing a false tax return and paying an illegal gratuity, is under investigation by Securities Exchange Commission and by the US Attorneys office for the Central District of California, the company said in a regulatory filing. The agencies are seeking documents related to Fat Brands merger with Fog Cutter Capital Group – the company Wiederhorn led at the time of his conviction – and “transactions between these entities and Mr. Wiederhorn, and compensation, extensions of credit and other benefits or payments received by Mr. Wiederhorn or his family,” according to the filing. While Fat Brands said it does not believe it’s a target of the investigations, which was notified about the probes in December, its shares tanked on the news, down 23% on Tuesday and down nearly 6% on Wednesday. Investigators raided the Beverly Grove home of Wiederhorn’s son, Thayer, and his wife, Brooke Wiederhorn, in December, according to court documents. Brooke is the daughter of “Real Housewives of Beverly Hills” star Kim Richards, and her 2014 wedding to Thayer was featured on the show. The search warrant called for agents to gather “clothing, digital devices, backpacks, wallets, briefcases, purses and bags,” according to the court document. The items are being used as evidence of alleged securities fraud, conspiracy to commit wire fraud, money laundering and tax evasion, according to the search warrant. The feds are looking for any financial transfers or “anything of value” between Fat Brands and Fog Cutter and transactions between “Wiederhorn, Thayer, or any of their current or former spouses, romantic partners, parents, children, siblings or current or former in-laws,” according to the filing. Agents made off with phones, digital storage devices, tax documents and other records from the couple’s home, according to a Los Angeles Times report, which first reported the probes. It’s not clear whether agents were granted court permission to raid Andrew’s home, but they monitored him walking his dogs, according to the report. The warrant also identifies credit card purchases over the years by the elder Wiederhorn, his children and other relatives — including a $183,500, 2018 purchase at Graff Diamonds in London; a $150,000 down payment for a Rolls Royce and more than $100,000 to a Beverly Hills divorce attorney, according to the warrant. Weiderhorn is being accused of “primarily” using Fat Brands accounts to pay for these lavish expenditures, according to the warrant. Records from Wiederhorn’s “FAT Card” and other credit cards, according to the warrant, allege that personal expenses including family vacations to Aspen. Co and Saint Tropez, France were largely paid for with company funds. Wiederhorn’s attorney Douglas Fuchs could not immediately be reached for comment, but he told the Los Angeles Times, “Mr. Wiederhorn categorically denies these allegations and at the appropriate time we will demonstrate that the government has its facts wrong. These loans were completely legitimate and were independently reviewed and approved. In addition, Mr. Wiederhorn’s tax returns were prepared and approved by independent tax professionals and he has been making payments under a plan approved by the IRS,” Fuchs said in the statement. In 2017, when Wiederhorn was taking Fat Brands public, he told The Post, “I’ve always adamantly denied any intent to break any laws.” He blamed his 2004 conviction on “mistaken legal advice” and the “Enron drama” of the time. “I served my sentence and paid a $2 million fine,” he added.