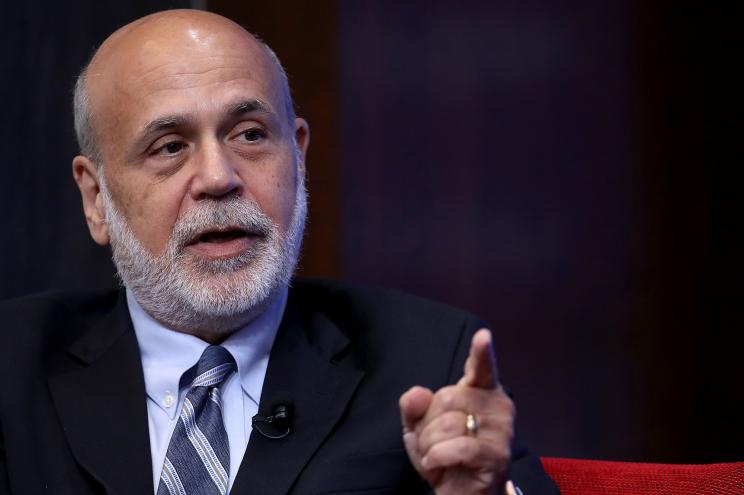 The banker who steered the US through the Great Recession blamed the Federal Reserves’ current leadership for moving too slowly to curb inflation. “I think in retrospect, yes, it was a mistake. And I think they agree it was a mistake,” said Ben Bernanke during an appearance on CNBC that aired Monday. Critics have argued the Fed has exacerbated the crisis, which has strangled American households in recent months, by failing to act when signs of inflation began blinking red last year. Bernanke, who served as Fed chair from 2006 until 2014 and shepherded the economy through a period of near collapse in 2008, said challenges specific to the COVID-19 era have complicated the bank’s task. “There were a couple of issues that I think are related primarily to the pandemic itself and the way it has scrambled the usual indicators and made it harder for the Fed to read the economy,” Bernanke said. The Fed enacted its steepest hike to interest rates in 22 years earlier this month – highlighting the extent of an inflation challenge that current bank boss Jerome Powell and other top economic officials once dismissed as “transitory.” Supply chain disruptions, which have been slower to ease than economic officials expected, were another factor in the Fed’s delayed response, according to Bernanke. “The Fed believed, in the middle of 2021, that these factors would likely solve themselves over time. In other words, that the supply shocks were ‘transitory’ and so they didn’t need to respond to the early stages of inflation because it was going to go away by itself. That proved wrong,” he added. Inflation surged to 8.3% in April and has remained persistently high even as the Fed enacts its plan to tighten monetary policy and normalize interest rates. Bernanke said the Fed delayed action so as “not to shock the market” as it recovered from the COVID-19 pandemic. He added that Powell wanted to give people “as much warning as possible” before the belt-tightening began. With unemployment still hovering near 6% in the middle of last year after the Biden administration-backed “American Rescue Plan” passed, the Fed “could have responded” with rate hikes but noticed there was “still a lot of slack” in the labor force, he said. US stocks have plunged for several weeks, with declines driven in part by fears that the Fed’s plan to fight inflation will push the economy into a recession. The Dow and other indices plummeted even after Powell dismissed the possibility of rate hikes larger than a half-percentage point. Powell began to acknowledge the extent of the inflation problem last November, declaring that it was time to retire the word “transitory” to describe the situation. Powell, who was reconfirmed by a bipartisan Senate vote to a second term last week, explained how the Fed’s view evolved while testifying before a Senate panel in January. “We said that because we thought that these supply-side bottlenecks and shortages would be alleviated much more quickly than they have been,” Powell said.