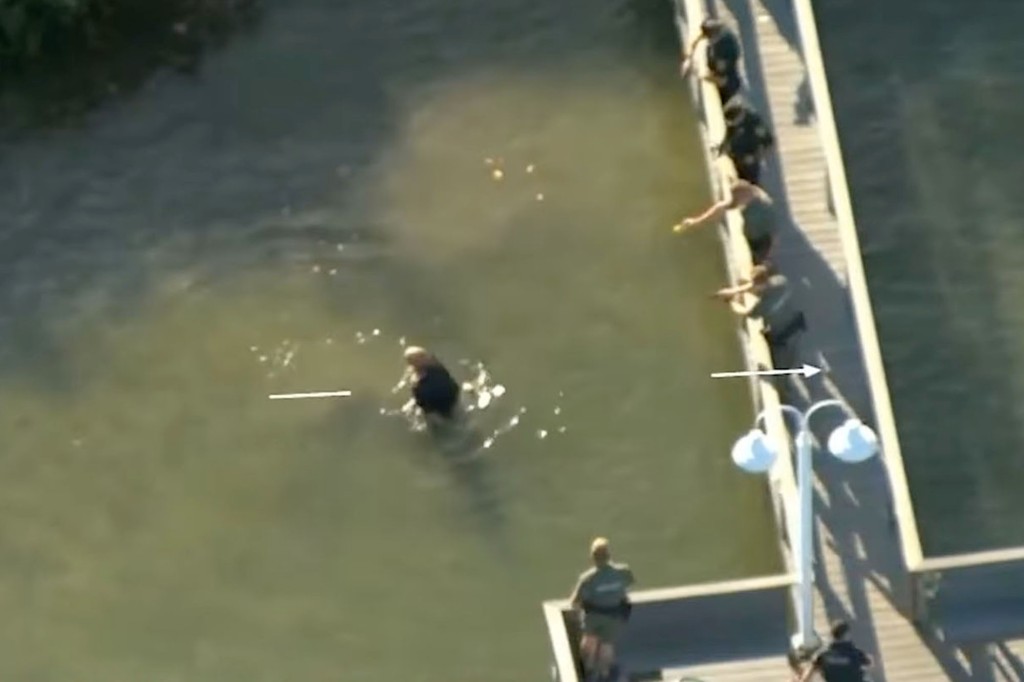 A homeless Florida man took cops on a dangerous car chase through five towns before being arrested trying to escape in the mangroves, wild footage shows. The pulse-pounding clip released by the Pinellas County Sheriff’s Office shows Kenneth Wayne Lunford Jr., 27, running red lights and driving on the wrong side of the road in a stolen car Monday in Dunedin, where he took another man’s ride following a drug deal, authorities said. The footage shows Lunford, who is homeless, driving recklessly through Clearwater, Belleair Bluffs, Belleair Beach and Indian Rocks Beach, eluding multiple Clearwater cops at high speeds while narrowly avoiding several head-on collisions. “We gotta get this guy stopped,” one deputy said on clip. The door of the stolen ride dangerously flapped open at several points as Lunford barreled down a roadway in Indian Rocks Beach, where he hopped out and tried to carjack another driver, the footage shows. The would-be victim drove off, leading Lunford to hop back into the stolen red car. Moments later, Lunford crashed into two other vehicles and carjacked a black Mustang convertible before speeding away in the stolen sports car from pursuing deputies. Lunford continued driving wildly until he crashed again, slamming into two more vehicles and plowing into a fence before hopping out and making a run for it, the clip shows. He then dashed through a patch of mangroves before jumping into the Intracoastal Waterway in Indian Shores. The intense footage ends with deputies holding him at gunpoint as he wades in the water. Lunford was later charged with 31 counts, including carjacking, driving under the influence, leaving the scene of a crash involving property damage and related crimes. No serious injuries were reported in the wild police chase, which some observers compared to a scene straight out of video game series Grand Theft Auto. “Way to raise the bar again Florida,” one tweet read. Lunford, meanwhile, had several cuts and abrasions to his face in a mugshot released by the Pinellas County Sheriff’s Office. He remained jailed Wednesday, online records show. It’s unclear if he’s hired an attorney who could comment on his behalf.