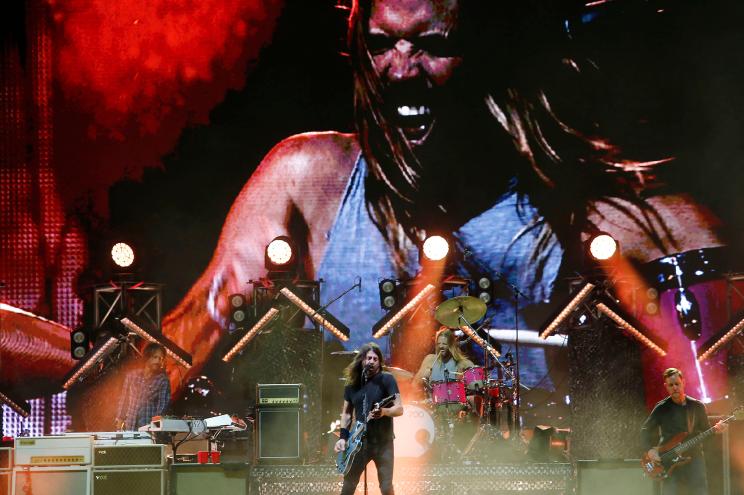 The Foo Fighters have pulled the plug on their world tour in the wake of the recent, untimely death of their drummer Taylor Hawkins. A statement from the band’s social media accounts on Tuesday confirmed what many fans suspected — that they have indeed canceled their remaining shows and returned home to the US. “It is with great sadness that Foo Fighters confirm the cancellation of all upcoming tour dates in light of the staggering loss of our brother Taylor Hawkins,” the group wrote. “We’re sorry for and share in the disappointment that we won’t be seeing one another as planned. Instead, let’s take this time to grieve, to heal, to pull our loved ones close, and to appreciate all the music and memories we’ve made together. With Love, Foo Fighters.” Hawkins, 50, was found unresponsive in his hotel room before the band was scheduled to play a show in Bogota, Colombia, on Friday. From there, they had planned dates throughout the Americas and Europe. Hawkins had reportedly complained of chest pains before going alone to his hotel room. Medical authorities in Colombia have stated that the musician had apparently suffered from an enlarged heart muscle, possibly leading to cardiac arrest, and also reportedly harbored 10 different drugs in his system at the time of death. Earlier this month, the Foo Fighters were announced as performers at this Sunday’s 2022 Grammy Awards at the MGM Grand Garden Arena in Las Vegas. There was no word yet on whether the band members would still make an appearance at the event to pay tribute to Hawkins. The Post has reached out to the band’s representatives for comment. Just last month, Grohl, 53, ruminated on his musical band of brothers in an interview with The Post. “There’s something about walking onstage with your guys. There’s a security in that,” he said. “There’s something about being a group, that it’s not just me against the world — it’s us against the world. I don’t know what it’s like to be a solo artist, but I do know what it’s like to be in a f—king band. And I gotta say, it feels good.”