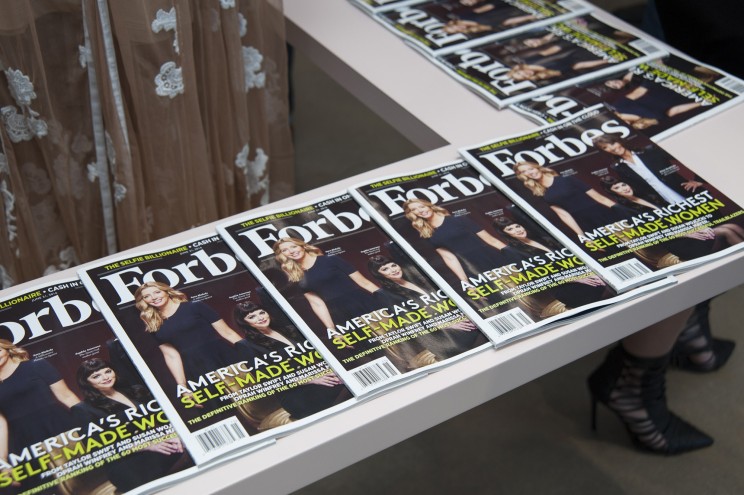 Forbes has secured a $200 million investment from Binance, the world’s biggest cryptocurrency exchange, raising questions over the future independence of the 104-year-old magazine and digital publisher. Forbes said Thursday that the funds will help it execute on its plan to merge with Magnum Opus Acquisition, a publicly traded special purpose acquisition company, or SPAC, in the first quarter of the year. Once the deal closes, Forbes would become a publicly traded company on the New York Stock Exchange trading under the ticker symbol “FRBS.” But Forbes’ new dance partner, Binance, which handles some $10 billion in crypto transactions a day, has raised eyebrows over its own business practices. The company is currently banned in the UK by regulators, and reportedly faces criminal probes by the US Justice Department and IRS. Additionally, Binance had sued Forbes in 2020 and two of its journalists for defamation over an October story the magazine published regarding the exchange’s corporate structure. Binance dropped that lawsuit last year, but the dustup has raised concerns over the crypto company’s plan for Forbes. On Thursday, Binance founder and CEO Changpeng Zhao, whose been dubbed the world’s richest crypto investor with a $96 billion net worth, told CNBC that Forbes will remain ‘fairly independent’ after the $200 million investment. When asked to clarify, Zhao added more confusion by saying: “We are a minority shareholder, even though we are one of the largest shareholders. I don’t know how to run a news business, so we want to help them [on] the blockchain side, crypto side, and how to integrate that into their business. But the rest of the content is up to them.’ A Binance rep later addressed Zhao’s statements, offering: “I can confirm Forbes’s editorial independence will remain sacrosanct, and entirely independent from Binance.” Forbes said Thursday that Binance will replace half of the $400 million in commitments from institutional investors announced by the company in August. The transactions with Magnum Opus and Binance are expected to help Forbes maximize its brand and enterprise values and use its proprietary technology stack and analytics to bring in more long-term readers via subscriptions and other membership-only offers. The Binance deal shows the influence of the nascent crypto sector, which has seen rising valuations and has crowned a new crop of billionaires amid global interest in digital currencies. While crypto companies have inked deals with celebrities and affixed their names to sports arenas, this is the sector’s first major investment in a traditional US media property. Zhao said in a statement Thursday that as crypto “comes of age,” media becomes an “essential element to build widespread consumer understanding.” He also said that his company will “bolster” Forbes’ digital initiatives. “Forbes is committed to demystifying the complexities and providing helpful information about blockchain technologies and all emerging digital assets,” added Forbes CEO Mike Federle added. “With Binance’s investment in Forbes, we now have the experience, network and resources of the world’s leading crypto exchange and one of the world’s most successful blockchain innovators.”