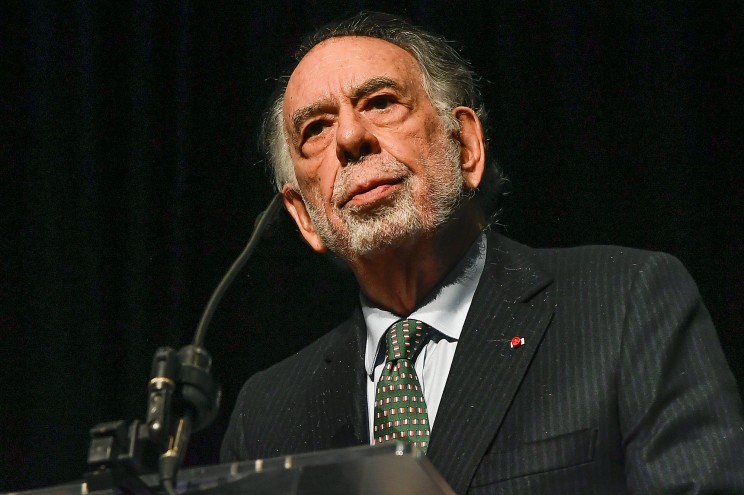 The “Godfather” of cinema, Francis Ford Coppola, isn’t too happy with how movies are made nowadays. “There used to be studio films. Now there are Marvel pictures. And what is a Marvel picture? A Marvel picture is one prototype movie that is made over and over and over and over and over again to look different,” he bluntly declared about the recent influx of commercial films in an interview with GQ magazine. “I always tell my kids, like [Oscar-winning ‘Lost in Translation’ director] Sofia – ‘Let your films be personal. Always make it as personal as you can because you are a miracle, that you’re even alive. Then your art will be a miracle because it reflects stuff from someone who there is no other one like that,’” the 82-year-old filmmaking legend continued. “Whereas, if you’re part of a school or ‘Yeah, I’m going to make a Marvel picture, and that’s the formula and I get it and I’ll do my best,’ sure it will still have your individuality, but as art, do that and do something else. But if you’re going to make art, let it be personal. Let it be very personal to you.” But the “Godfather” trilogy director also suggested that movies he thinks are pretty good also are sort of similar to each other. “Even the talented people — you could take ‘Dune,’ made by Denis Villeneuve, an extremely talented, gifted artist, and you could take ‘No Time to Die,’ directed by … Cary Fukunaga — extremely gifted, talented, beautiful artists, and you could take both those movies, and you and I could go and pull the same sequence out of both of them and put them together. The same sequence where the cars all crash into each other. “They all have that stuff in it, and they almost have to have it, if they’re going to justify their budget,” the Hofstra graduate said. “And that’s the good films, and the talented filmmakers.” In 2019, Coppola caused heat among fans when he echoed director Martin Scorsese’s sentiments about how Marvel films are “not cinema” and compared them to “theme parks.” During a press conference at the time in Lyon, France, Coppola said the superhero movies are “despicable.” He also noted the “lack of risk” that draws breath in film production currently. “Marty Scorsese says that the Marvel picture is not cinema, he’s right because we expect to learn something from cinema, we expect to gain some enlightenment, some knowledge, some inspiration,” the “Great Gatsby” director stated. “Arguably, I don’t know that anyone gets anything out of seeing the same movie over and over again, which is the Marvel movies. A thing that has no risk to it. “I’ve said before, making a film without risk is like making a baby without sex,” he concluded. “Part of it is risk, and that’s what makes it so interesting, that’s why we learn so much when it’s made.”