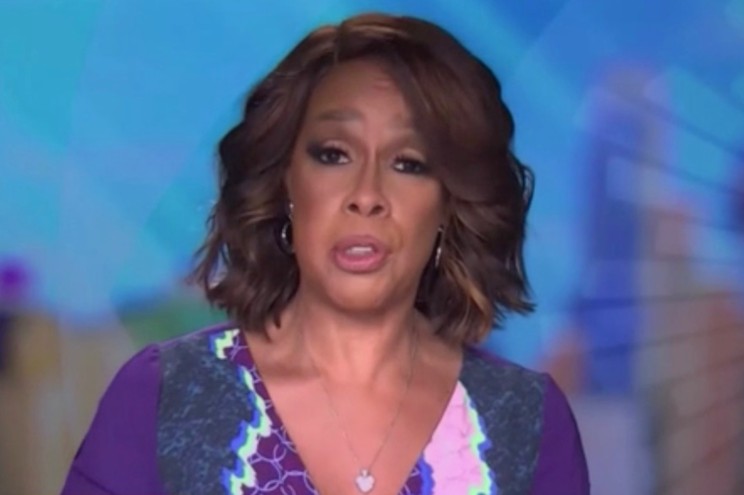 CBS Mornings star Gayle King co-hosted the show from a studio van on Thursday after she and fellow anchor Vlad Duthiers tested positive for COVID-19. The 67-year-old King, who recently announced that she had signed a contract extension that will keep her at the Tiffany Network for years to come, said she collapsed to the floor after a PCR test revealed she had the coronavirus. King said on Thursday that she had to be “literally be picked up” off the ground by Shawna Thomas, who is executive producer of CBS Mornings. While King co-hosted from a studio van, her co-anchor Tony Dokoupil took his regular seat in the show’s Manhattan studio alongside Dana Jacobson. Duthiers started the show next to Dokoupil and Jacobson, but left mid-broadcast after it was learned that he was potentially exposed. Later on in the show, Dokoupil confirmed that Duthiers, like King, tested positive. King said she was surprised by the positive test since she is normally “so freaking careful.” King said that she insisted on reporting to work and self-isolating from the broadcast van because she wanted to introduce a segment featuring an interview with the parents of Bakari Henderson. Henderson, 22, was an African-American man who was beaten to death by a mob in Greece while on a business trip in July 2017. Jill and Phil Henderson, Bakari’s parents, are scheduled to return to Greece for the re-trial of the assailants who beat the college graduate to death. None of the nine suspects were convicted of murder. King said during the broadcast on Thursday that her sit-down with the Hendersons was “so important to her” that she wanted to introduce it on the air herself. She said that since testing positive, she has had several other rapid tests return a negative result. King added that she plans to depart for Los Angeles on Friday for a “long-planned” vacation.