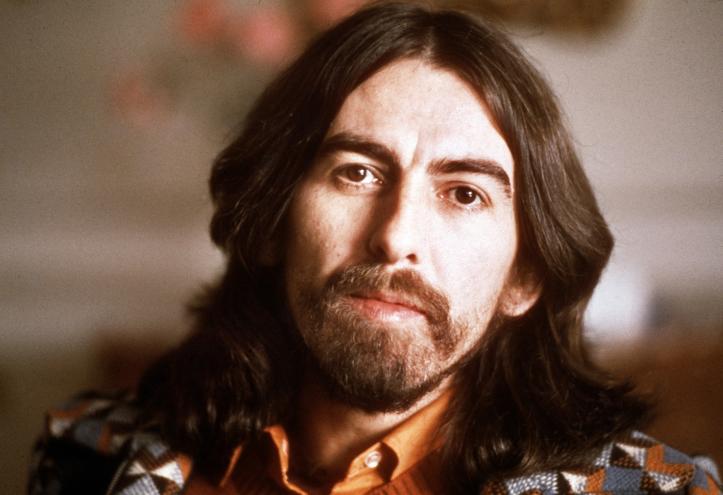 The estate of “quiet Beatle” George Harrison is partnering with a cannabis maker to create a line of marijuana products under the brand name “All Things Must Grass.” The collaboration with Harrison’s estate is a win for Dad Grass, which sells pre-rolled joints, CBD, and other marijuana-related paraphernalia “All Things Must Grass” is a play on words of Harrison’s debut solo album, “All Things Must Pass,” the acclaimed 1970 collection of songs that was his first release after the breakup of the Fab Four. The album includes memorable Harrison hits like “My Sweet Lord,” “I’d Have You Anytime,” “Wah-Wah,” “If Not For You,” and the title song of the same name as the album. The company web site features a page devoted to the special collection. It includes photos from the famous shoot at Harrison’s Friar Park estate that produced the iconic album cover in which Harrison sits on a chair surrounded by gnomes. “George Harrison is the definition of the word ‘classic’,” Dad Grass co-founder Ben Starmer told Forbes. “The music that he made was both timely and timeless.” Starmer, who co-founded Los Angeles-based Dad Grass with Joshua Katz, added: “Our humble little weed brand has only been around a couple years but our dream is that one day, 50 years from now, people will say similar things about us.” Katz told Forbes that being able to use images of Harrison — and the gnomes that graced his album — makes him feel “privileged.” “Being able to take the gnomes, which are almost as present on the ‘All Things Must Pass’ album cover as George himself, and bring them to life with the blessing of the estate is one example of how we translated this scary privilege into something fun and lighthearted,” he said. “Hopefully, a mix of reverence and playfulness George would have enjoyed.” Harrison, whose post-Beatles career included stints as a solo artist as well as a filmmaker, died of cancer in 2001. Ringo Starr and Paul McCartney remain the only surviving Beatles. John Lennon, McCartney’s songwriting partner, was assassinated in New York City in the fall of 1980. Fans of the fearsome foursome from Liverpool got a glimpse into the waning days of Beatlemania with the recent Disney Plus release of the documentary “Get Back”, which was directed by acclaimed filmmaker Peter Jackson.