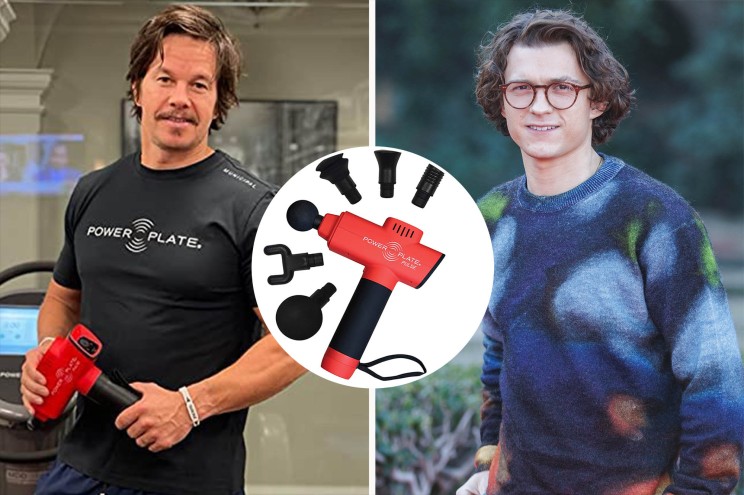 In an effort to relieve some tension, Tom Holland and Mark Wahlberg may have created some (tension, that is), and of the sexual kind no less. This week, the co-stars of “Uncharted” entered into some uncharted territory of their own, when the topic of personal massage guns came up. In an interview with Access Hollywood, the stars opened up about the misunderstanding regarding an Amazon massage gun, that Holland thought was used for a bit more than shoulder blades and calf-muscles. “Essentially, Mark Wahlberg was kind enough to give me a massage gun after I left his house, in LA, ” explained a visually embarrassed Holland in the interview. “He drove me back to my hotel, and at the time I was confused as to what kind of massage gun this was, having never seen one before, and I thought it was the type for self-pleasure, and I thought Mark Wahlberg was driving me back to my house for other reasons other than being a gentleman.” Obviously this was not the case, despite how hilarious that would have been (and topical for Valentine’s Day, too!) Instead, the well-meaning co-star was just trying to tend to some of Holland’s muscle pain, especially since the two have to perform some crazy stunts in the upcoming film, slated to be released on Feb. 18. Obviously if the buff brand ambassador for Power Plate Pulse Mark Wahlberg has this massage gun, we want one too. After some research (with our safe-search turned on!) we found the exact personal massager on Amazon. Better yet, it is now 20% off while supplies last. Okay, so we see how Tom Holland may have been confused here, with the different heads and the “whisper quiet” terminology. However, this is, in fact, for use on sore muscles after a hard workout and relieving tension. The device is now on sale for 20% off and comes with six massage attachments to target each area of the body perfectly. Except for, you know, down there.