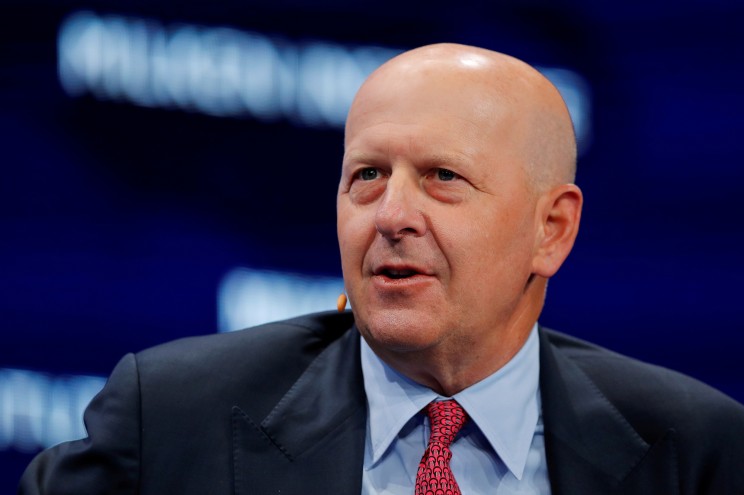 Goldman Sachs Chief Executive Officer David Solomon will get a 27% raise in annual pay, bringing his total compensation for 2021 to $35 million, the bank said on Friday. The news on the Goldman chief’s pay comes after competitor James Gorman, CEO at Morgan Stanley, also raked in the same amount — $35 million — for 2021, Morgan Stanley reported late last week. Both will make slightly more than JPMorgan Chase CEO Jamie Dimon, whose 2021 total compensation clocked in at $34.5 million. At Goldman, Solomon’s total pay includes an annual base salary of $2 million and a variable compensation of $33 million, 70% of which is in the form of goal-based stock compensation or restricted stock units. Since taking over the reins from Lloyd Blankfein in 2018, Solomon has looked to diversify the bank’s revenue to focus more on predictable streams including consumer banking, wealth and asset management, while reducing reliance on capital markets-focused businesses. The bank reported a net income of $21.64 billion in 2021, compared with $9.46 billion a year earlier. Still, earlier this month, Goldman reported a 13 percent dip in profit as trading revenue slumped. Its latest quarterly results sharply missed analyst expectations, leading investors to file out of the company’s stock. The Wall Street giant posted $3.94 billion in profit, or $10.81 per share for the quarter ending Dec. 31 — far less than the $11.76 analysts predicted, according to Refinitiv data. Goldman’s shares are down more than 12% so far this year, turning in a worse performance than the market as a whole, which is down about 7.6%.