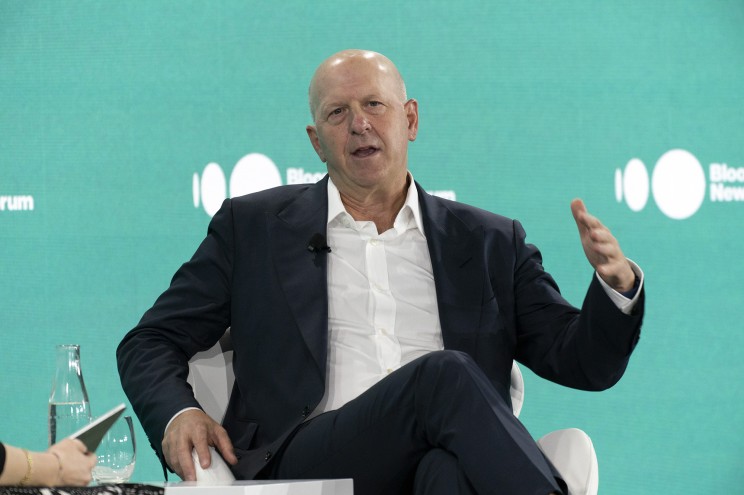 The top boss at Goldman Sachs argued this week that Wall Street shouldn’t play a leading role in ostracizing Russia from the international community over its escalating invasion of Ukraine – despite mounting calls on social media for businesses to take action. Goldman Sachs CEO David Solomon asserted that his bank and other financial institutions should act based on government directives rather than take a leading role in dictating policy toward Russia – noting he didn’t “think businesses are supposed to decide how global trade works in the world” even though he said he personally supports the sanctions. Solomon detailed his stance during an interview with Time Magazine after being asked if felt Wall Street was doing enough to hold Russia accountable over the invasion – in which Russian forces have increasingly targeted civilian population centers with heavy bombardments. “I happen to agree very strongly with the policy,” Solomon said. What’s going on in Ukraine is absolutely horrible. I think the actions taken are reasonable and powerful actions. But you ask, ‘Are we doing a good job, ostracizing Russia?’ That’s not our job. And by us, I mean the financial industry broadly.” Last week, Goldman Sachs became the first major US bank to announce it would wind down its operations in Russia due to the war. In a statement, a Goldman spokesperson said the bank was “focused on supporting our clients across the globe in managing or closing out pre-existing obligations in the market and ensuring the wellbeing of our people.” Solomon confirmed that Goldman was in the “process of unwinding our business in Russia” in order to comply with the sanctions – though he noted it was not “like a light switch” and would take time to complete the process. The top Goldman executive noted that companies are under immense pressure to exit Russia and sever their business ties to the country due to the Kremlin’s actions. McDonald’s is one of several firms that opted to pause sales in Russia after initially resisting calls to do so in response to the war.