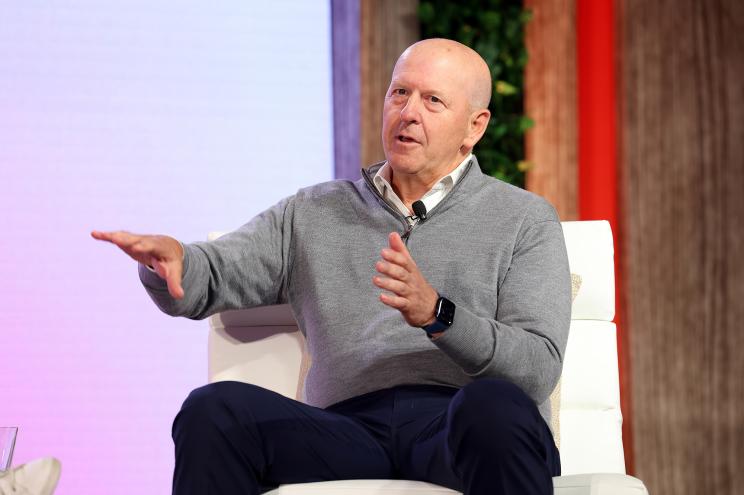 Goldman Sachs said it got a record number of applications for summer internships — despite headline-grabbing complaints from junior bankers about brutal work conditions that have included 100-hour work weeks. The Wall Street giant said Tuesday it received 236,000 applications worldwide for an estimated 3,500 available slots in its “summer analyst program.” That translates into a 1.5% acceptance rate — making it tougher to get into than Harvard. The number is also up 27% versus last year — including a 16% surge in Goldman’s offices across the Americas, which were inundated with 79,000 applications alone — despite the fact that all interns beginning June 6 must show up to the office five days a week. “Bringing our people together is core to our apprenticeship culture and client-centric business,” Vicki Tung, Goldman Sachs Global Head of Talent Acquisition, said in a statement. Goldman’s demand for face time has rankled junior bankers, who gripe that many well-compensated tech employees are allowed to work from home. As reported by The Post, some have threatened to quit over Goldman’s “5-0” rule — meaning five days at the office, zero days working from home — and some gripe that their bosses have been quietly checking attendance. “F**k this place,” one Goldman employee wrote on Friday on the corporate message board Blind, which verifies users’ place of employment with the help of their company email accounts. “I’m trying to get out as are most my coworkers.” “Hopefully attritions will hit through the roofs,” another chimed in. One Goldman Sachs intern, Temi Bolodeoku, who spent last summer working in-person at the company, backed the bank’s belief that it’s imperative to show up to the office for the purposes of building relationships and mentoring. “Being in person gave me the opportunity to interact with professionals and ask questions so easily,” Bolodeoku, who is returning as a full-time employee, told The Post. “I could turn to either side and pick the brains of one of the world’s experts in their fields in a way I could never have done from home.” In the end, Wall Street’s record bonuses — which came amid a dire talent shortage across Wall Street — may be to blame for this year’s ruthless competition. 2021 was the most lucrative year ever for Wall Street financiers, with the year-end bonuses averaging an eye-popping $257,500, according to data compiled by New York State Comptroller Thomas P. DiNapoli. Still, fully employed underlings at Goldman — headed by hard-charging Chief Executive David Solomon — are stepping up complaints of “hellhole” working conditions that have notoriously included 100-hour weeks. Most recently, some junior Goldmanites claim that they are being “bullied” into showing up five days a week, and that the bullying is being orchestrated by top managers armed with spreadsheets. Last year, Solomon called working from home a pandemic “aberration,” even as he drew bitter comments over his habit of working from the Hamptons and spending long weekends in the Caribbean.