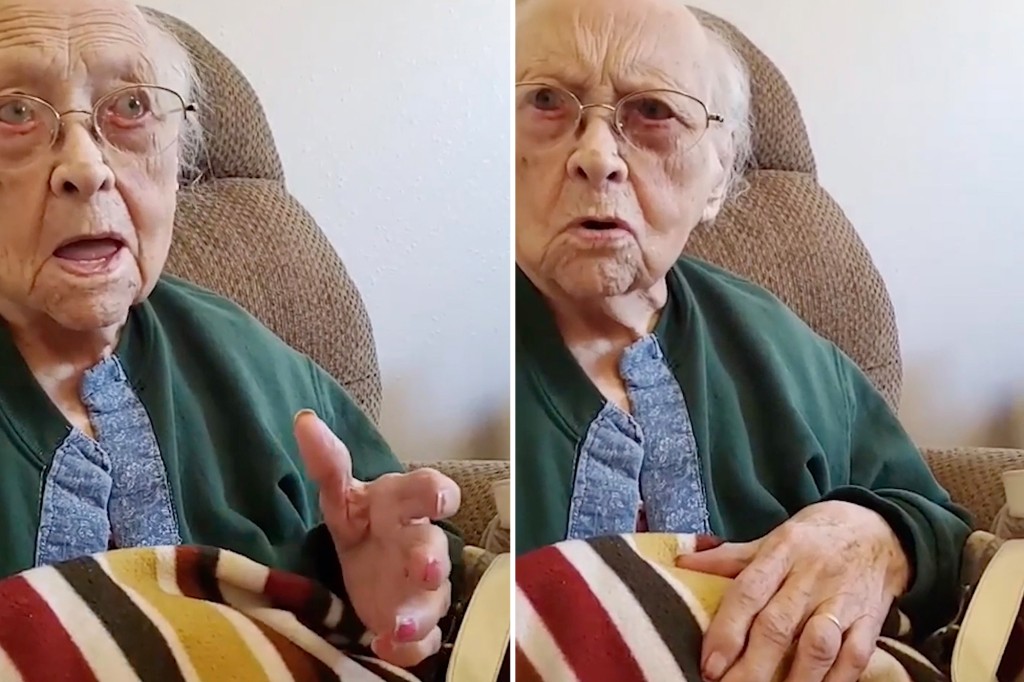 Age is but a number — one this woman forgot since she’s lived so long. Great-great-grandmother Ruth Fear celebrated her 110th birthday in early December, but she needed a reminder about just how old she was turning. The matriarch was honored for the milestone, surrounded by friends and family, when she needed a little mid-party help recalling how many years she’d been alive. The answer, rather adorably, shocked her. After Fear’s granddaughter, 47-year-old Teri Trayan, asked her grandmother how old she was in a clip of the occasion, Fear honestly responded, “I have no idea.” When informed that she’d turned 110 that day, she was visibly surprised. Despite her advanced years, though, Fear is relatively sharp and not generally so forgetful, her family told South West News Service. “Sometimes she drifts in and out, as her age is affecting her memory, but who can blame her!” said 27-year-old Alyssa Lugo, the mother of Fear’s youngest descendant, 3-year-old Julian Lugo, whose birth signified five living generations for the family. The Sunnyside, Washington, resident added that, although she may no longer remember all the details, Fear has lived an extremely full life and acted as a wonderful mother, grandmother and role model to her children and her children’s children. “Ruth has lived through two world wars, the great depression and now a global pandemic,” said Lugo. “She doesn’t have dementia — she just gets slightly confused sometimes — but she’s more or less with it all of the time.” The rare moment of her forgetting her age, however, has already become family history. “Her reaction to finding out she was 110 is priceless and it’s a video we’ll cherish forever,” said Lugo. And, overall, the party was a huge success. “We have a huge family and her birthday gatherings in the past have been epic. This year she got sent so many cards, flowers and cakes — she is a very popular lady,” Lugo said.