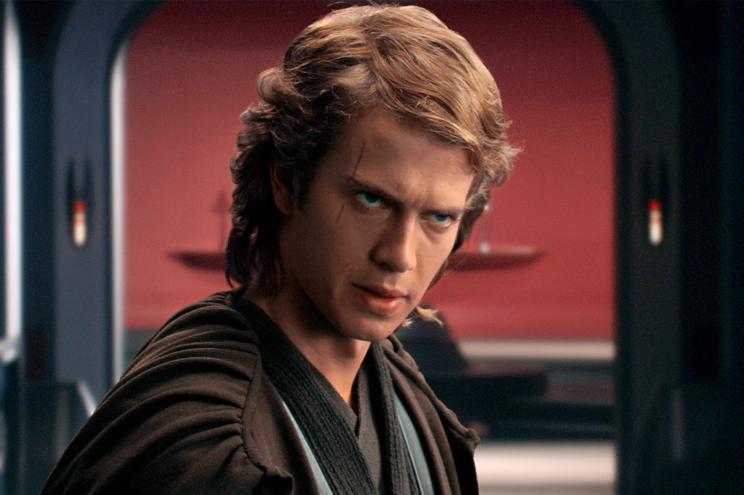 He is preparing for his return to a galaxy far far away. “Star Wars” actor Hayden Christensen revealed that in order to prepare for his return to the galactic franchise, he binged all of the movies as well as the animated shows. “I went back and rewatched all the films,” Christensen, 41, told Entertainment Weekly. After playing the role of Anakin Skywalker and Darth Vader in the prequel trilogy, Christensen will once again don the mask of the villainous Darth Vader for Disney’s new “Kenobi” series that is set to stream in May of this year. “And I also got into the animated shows, ‘The Clone Wars’ and ‘Rebels.’” Hayden Christensen’s casting in the series was announced in December of 2020 during Disney’s investor day. The series is likely to pit Christensen against Ewan McGregor, 51, who plays Vader’s former master and the titular character, Obi-wan Kenobi. “They did a lot with these characters in those shows. And they did further explore the relationship,” said Christensen regarding the animated shows. “There was interesting stuff there to learn about. It was great fun getting to go back and re-immerse yourself in this world that just continues to grow and become more and more vast.” Ewan McGregor also admitted to doing some homework prior to filming the show — though not as in-depth as his co-star. “It was interesting to watch our films because I hadn’t seen them since they came out, not at all,” said McGregor. “So it was cool to see and interesting to watch them and enjoy them without all of the noise that was around when they came out.” Even though Obi-wan is not in all nine films, McGregor said he watched all nine just to get back into the world. “I watched them from start to finish,” said McGregor. “All nine movies. Just to get back in that world.” Hayden Christensen is slated to reprise his role as Anakin Skywalker in the upcoming Disney series “Ashoka” starring Rosario Dawson as Skywalker’s former apprentice. “Kenobi” is set to debut on Disney Plus on May 27, 2022.