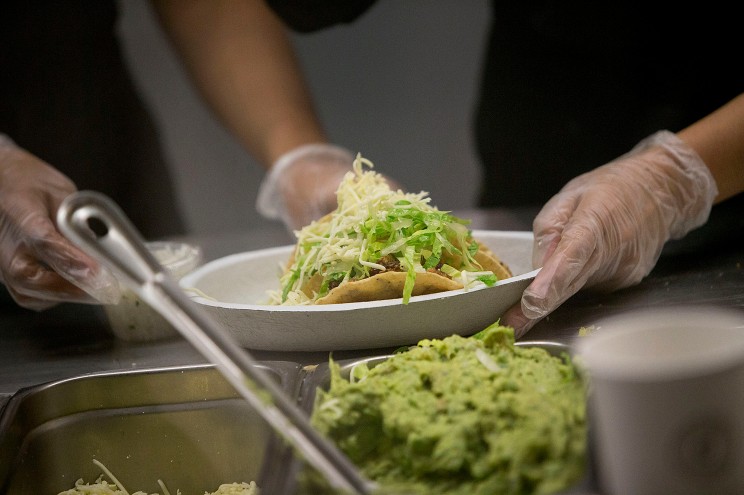 In the fight for limited avocado supplies, Chipotle and other large chains are at an advantage compared to small businesses – many of which could be days away from running out of inventory as imports from Mexico remain suspended. Restaurants that rely heavily on avocados grown in Mexico are now scrambling for sources of the popular fruit after US authorities temporarily suspended imports. Some 83% of annual US avocado supply is delivered from the state of Michoacán in Mexico. Corporate chains such as Chipotle have the resources to pay top dollar for available avocados or seek supply from other locales such as Peru for a short-term fix. But smaller chains and local restaurants have few options once their current supplies of avocados run out. Neville Baay, the co-owner of El Barrio, a restaurant in Birmingham, Alabama, told Bloomberg that it may be forced to pull guacamole, its top-selling item, from the menu if prices continue to rise. “The Chipotles and Taco Bells of the world can ride with the current,” Baay told the outlet. “We have to take our lumps and hope it doesn’t get too bad.” Salsarita’s Fresh Mexican Grill, a chain of 75 restaurants, has about a week’s supply left and plans to pull avocado-based menus from its menu once it is exhausted. “We’ll use what we have. I’m not going to look for any type of alternative, we’re just going to announce to our customers that guacamole is not available until further notice,” Salsarita’s CEO Phil Friedman told Bloomberg. The US Department of Agriculture has yet to provide a timeline for when the ban on imports from Mexico may be lifted. Officials said the suspension, which was enacted effective Feb. 11, would remain in place “as long as necessary” after plant inspectors received an unspecified “verbal threat.” It’s unclear who was responsible for the threat, but the state of Michoacán has contended with violent clashes and turf wars involving cartels in recent years. Deep-pocketed companies like Chipotle may be in a better position to acquire avocados than small businesses, but they are also experiencing difficulties during the import ban. As The Post previously reported, Chipotle’s CFO Jack Hartung described the situation as a “challenge,” noting the company’s avocado sourcing partners had “several weeks” of remaining supply. “We’ll continue to closely monitor the situation and adjust our plans accordingly,” he said. Chipotle has attempted to diversify its avocado sourcing in recent years as prices continue to rise. Recent supply chain disruptions during the COVID-19 pandemic have only increased costs. Chipotle’s Chief Restaurant Officer Scott Boatwright told Bloomberg the chain is “working every angle” to secure avocado supply.