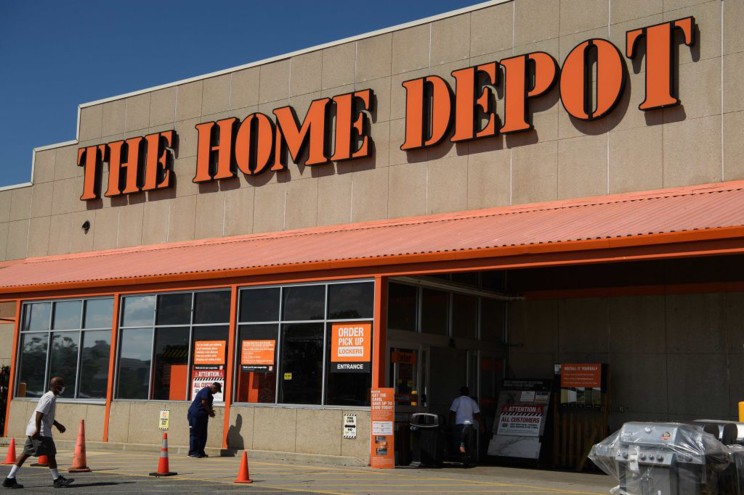 A Home Depot employee used play money to steal about $400,000 from a Phoenix-area store over the past four years, according to a Secret Service investigation. The audacious scheme was discovered in December when the retailer contacted the agency to investigate hundreds of thousands of dollars that were missing from the store. It turns out the real money had been replaced by funny money purchased on Amazon. The discovery wasn’t so funny for the Home Depot workers who caught the alleged theft. The fake money that was allegedly used is described on Amazon.com as “Prop Money 100 Dollar Bills Realistic Double-Sided Printing Fake Money That Looks Real for Party Decorations and Videos,” according to a Jan. 31 complaint the Secret Service filed in federal court in Arizona. The employee, Adrian Jean Pineda, was responsible for counting the cash in the Tempe, Arizona, store’s registers and then putting the money in a bag that went to Wells Fargo. He’s alleged to have taken the real money and replaced it with the fake stuff. The brazen theft at the Arizona Home Depot comes at a time when retailers across the country are being slammed by so called smash-and-grab shoplifting, in which groups of people are storming stores — from luxury retailers to drug stores — and brazenly taking what they want. Store owners and others concerned with law and order are incensed that the smash-and-grabbers are in large part getting away with it. Pineda, who was caught on surveillance cameras allegedly replacing the cash in the registers with fake money he had in his wallet, carried out this scheme from August 2018 through January 2022, he admitted to a Home Depot manager who confronted him at the start of his shift at 3:50 a.m. Jan. 31, according to the complaint. see also At the time, Pineda turned over $5,300 of real money that he lifted from the store that day and seven fake $100 bills with the serial number “playmoney,” according to the complaint. He also admitted that he had another $22,000 in cash at his home, which the agency seized. Pineda could not be reached for comment and Home Depot declined to comment. The Secret Service said he became bolder as time went on, improving his lifestyle with a personal trainer and a new car, according to a New York Times report. “It was evident that he was spending much more than he was making,” Frank Boudreaux Jr., the special agent in charge with the U.S. Secret Service’s office in Phoenix, told the publication on Sunday.