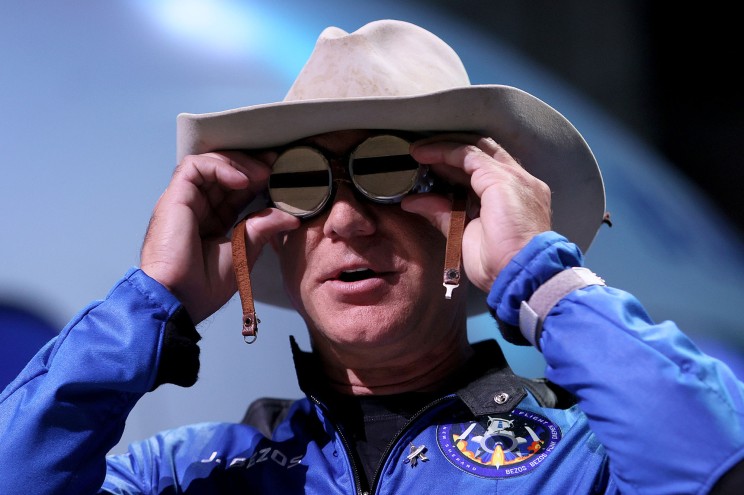 Jeff Bezos’ space exploration company Blue Origin will get another chance to build a lunar lander that would bring astronauts to the moon after losing out to Elon Musk’s SpaceX. NASA announced that it would solicit new designs for a moon lander that would be thrust into space as part of the Artemis III program —the US space agency’s first crewed landing mission to our planet’s only natural satellite since Apollo 17 in 1972. Blue Origin told CNBC that it plans to submit a bid. Astronauts are expected to return to the surface of the moon in 2025 at the earliest. NASA is planning a lunar landing without a manned crew in 2024. NASA’s announcement on Wednesday is a victory for Amazon founder Jeff Bezos. Last summer, Bezos’ Blue Origin sued NASA over the agency’s decision to give a $2.9 billion moon lander contract to SpaceX. In its announcement of the award to SpaceX, NASA said that the outfit offered the lowest price “by a wide margin.” The agency added at the time that because Congress only allocated $850 million in NASA’s fiscal 2021 budget for lander development, it “down selected” to award the contract to just one bidder rather than two. In a statement, Blue Origin slammed NASA’s decision as “flawed” and said the federal space agency “moved the goalposts at the last minute.” Bezos’ firm also filed a protest with the Government Accountability Office. On Wednesday, Blue Origin sounded a different tone. The company said it was “thrilled that NASA is creating competition by procuring a second human lunar landing system.” “By doing so, NASA will establish the critical redundancy and robustness needed for establishing permanent U.S. lunar presence,” a Blue Origin spokesperson said. Musk announced this week that SpaceX’s Starship rocket is poised to launch its first orbital flight around the Earth as soon as May. The SpaceX CEO tweeted on Monday that his company expects to manufacture close to 40 “flightworthy” Raptor 2 engines by next month. It would then take “another month to integrate, so hopefully May for orbital flight test.” The timing of the launch will depend on final approval from the Federal Aviation Administration, which must sign off on the last stage of the rocket’s development. The FAA is expected to complete its environmental assessment by March 28. Musk said he expects the FAA to give the go-ahead.