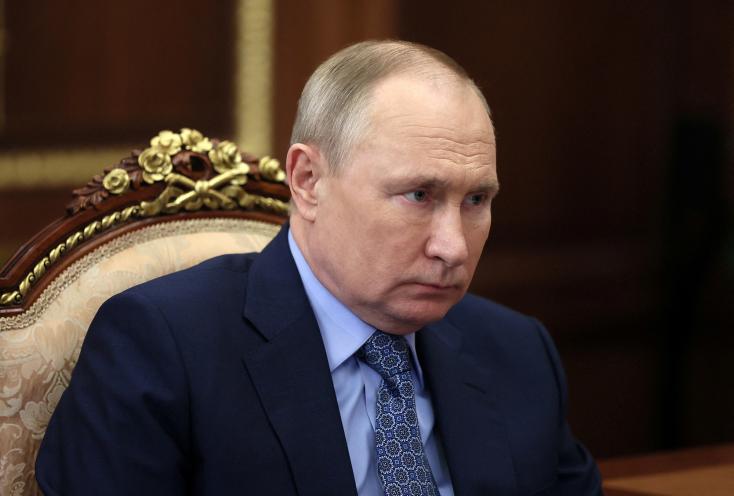 Wall Street banks and hedge funds including JPMorgan Chase and Goldman Sachs are scooping up Russian corporate and government bonds at rock-bottom prices in the hopes of turning a massive post-war profit, according to reports. The risky investments come as other finance giants who specialize in snapping up distressed debt have stayed on the sidelines, noting that Russia has been sanctioned and ostracized from the Western economy because of its brutal military invasion of Ukraine. The sanctions, which do not prohibit Western financial entities from trading in Russian bonds, have reduced demand for Russian corporate and government debt while creating irresistibly high yields. The volume of trading in Russian corporate debt is at a two-year high, according to Bloomberg News — this despite the sanctions regime imposed on Moscow over its invasion of Ukraine. The news site cited data from MarketAxess which showed that Russian corporate bonds were trading at an average daily value of $156 million this month as of March 24. That’s twice the average daily value compared to a year ago — and the highest since the onset of the coronavirus pandemic. Some of the most heavily traded bonds include those of Yandex, Lukoil, Gazprom, Novolipetsk Steel and Russian Railways. Investors have wasted little time in sniffing out a potential opportunity to turn a profit — even as Russia’s invasion triggered a humanitarian crisis in Eastern Europe. But the risk is enormous, particularly given the many uncertainties surrounding the ongoing war, including the dangers it could spread to NATO countries and even entail the use of nonconventional weapons. Earlier this month, investors breathed a sigh of relief after the Russian government made a $117 million interest payment on its foreign debt. But a much bigger payment comes due April 4 — to the tune of $2.2 billion — and creditors are far less optimistic Russia will pony up this time. The bond payment last week panicked investors because it was unclear whether Russia’s central bank would be able to able to use its frozen reserve of US dollars to make the payment — and whether US banks would work with the country to transfer the money. There was also a dispute about whether Russia could pay the debt in its own currency. The Russian Finance Ministry insisted the country could pay in rubles but people with knowledge of the contract say it’s required to be paid in dollars. Hedge funds and investors see an opportunity to cash in. One Russian government bond, which was recently priced at 48 cents on the dollar, matures in September of next year. If Russia pays back its foreign debt, anyone who buys the bond today could score a return of at least 108%. Critics of Russia have slammed hedge funds and other financial actors for attempting to capitalize on a tragic turn of events. Bill Browder, the American who ran a hedge fund in Russia before he was kicked out of the country for criticizing the Kremlin, tweeted: “I’ve been getting a lot of calls from my old acquaintances in the hedge fund industry asking if they should buy bombed out Russian equities and bonds.” “My answer: it’s like asking if you should buy German equities during the Holocaust.” He added: “Have some decency.”