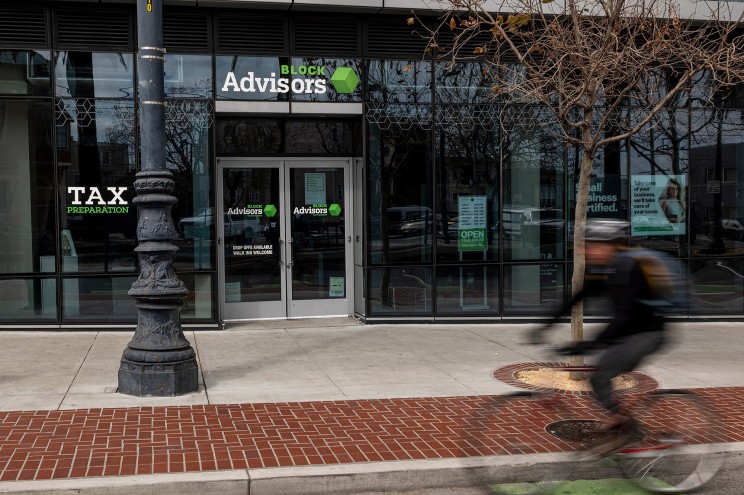 Doublecheck your New York state tax return, if you filed early with H&R Block. The $4 billion firm’s tax-prep software made “voluntarily contributions” on behalf of unsuspecting taxpayers to a new state fund that donates to political campaigns, a tax expert told The Post. The expert, who requested anonymity, discovered the shocking error when finishing his sister-in-law’s return, who as a state pensioner and Social Security recipient, doesn’t pay New York taxes — yet still had a $40 balance owed. “She’s got zero taxable income, how can she owe $40?” he asked. New York state allows taxpayers to make “voluntary contributions” on their returns to dozens of causes, such as the 9/11 memorial, the City University of New York, and the Olympic Training Center at Lake Placid. New this year is the Campaign Finance Fund, which under new provisions in state law will make matching contributions to eligible candidates for office. Givers don’t get to direct their donation to a particular party or candidate. Individual contributions must be $40; joint filers can give either $40 or $80. After going back through her return “three times,” he checked the voluntary contributions on a hunch. “None of the boxes had any entry in it. Yet the program carried over a $40 contribution” Manually entering zero for the Campaign Finance Fund resolved the error, he said. “The Pollyanna in me would prefer to think it was a glitch,” he said. He noted that the error was fixed by the time he got to other friends’ returns — after The Post reached out to H&R Block. It wasn’t immediately clear how many taxpayers were affected. The software starts at $50 for those with investments; simple returns can be free. The company said it corrected the error quickly, and was looking to “resolve” the problem for those who have already filed. “H&R Block is aware of this situation, which appears to have impacted a relatively small number of DIY customers in New York. We took immediate action, stopping any additional taxpayers from being impacted. We are taking steps to resolve this issue for those who did not intend to make a contribution to the fund,” a rep told The Post. Garrett Watson, a senior policy analyst at the Tax Foundation, said the practice of soliciting voluntary contributions “does lead to mistakes.” “It’s definitely something folks should look out for in tax season,” he said. “Setting aside the question of whether this particular cause is worthy or not … why is it that this particular cause is on tax returns?” In New York, 597,337 taxpayers used H&R Block software to file tax returns last year, according to the state finance department.