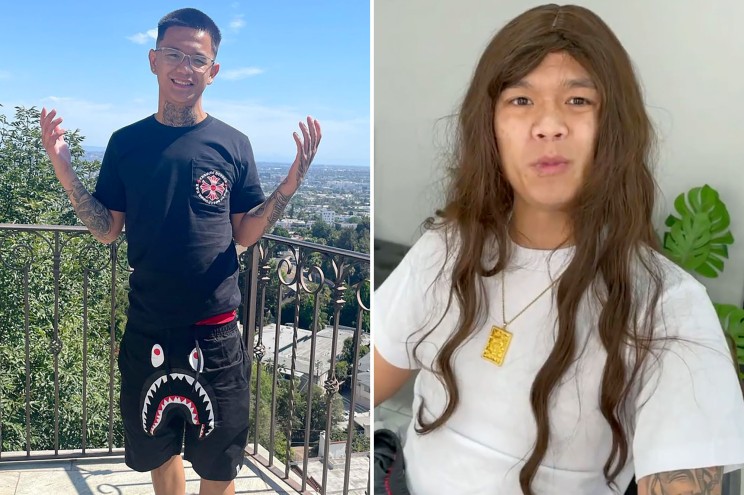 Medical examiners have revealed Huey Haha’s cause of death almost four months after his tragic passing. The TikTok and YouTube comedian was found dead at his home in Stockton, California, on Oct. 25. He was 22. On Friday, a report from the Sacramento County Coroner’s Office, obtained by People magazine, confirmed he died by suicide from a self-inflicted gunshot wound. Huey — whose real name was Huey Ha — left behind his girlfriend, Heather Saizon, and their 2-year-old daughter, Princess. The funnyman first gained prominence posting hundreds of shortform comedy bits on TikTok back in 2019. He subsequently amassed an enormous following and racked up more than 4.5 million video views. In addition to his massive TikTok audience, Huey had nearly 450,000 subscribers on YouTube and more than 200,000 Instagram followers. In the wake of his passing, a GoFundMe page was set up to raise money for funeral costs and to help financially support Huey’s girlfriend and young daughter. The fund-raiser has pulled in more than $46,000, with fans still taking to the page to leave small donations. “I just found out about Huey’s passing today,” one admirer wrote in a recent message. “I was wondering why it has been so long since he posted — thought he was on a small break or something. I wish it was just that. Rest easy, Huey. Thank you for being you.” The GoFundMe was created by Huey’s comedian pal Coby Jdn. Jdn paid tribute to his close friend in a touching Instagram post penned right after his death. “Used to saying RIP but this hurt the most💔we always hated comedy cuz all people see is laughs, not what we hadda do or go through,” Jdn posted on Instagram. “They already took the fun out the comedy but now its not gon be the same without you. We love you brother see you in the future.” If you are struggling with suicidal thoughts or are experiencing a mental health crisis and live in New York City, you can call 1-888-NYC-WELL for free and confidential crisis counseling. If you live outside the five boroughs, you can dial the 24/7 National Suicide Prevention hotline at 1-800-273-8255 or go to SuicidePreventionLifeline.org.