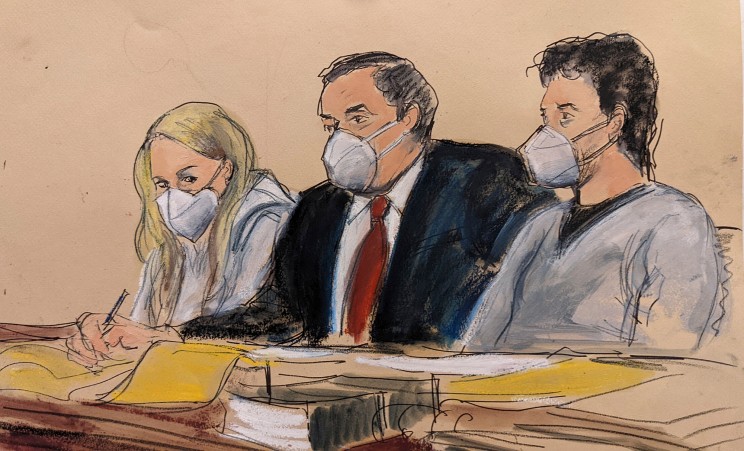 The wacky crypto couple charged with attempting to launder billions of dollars in hacked bitcoin have entered talks with federal prosecutors on a potential plea deal, according to court filings revealed this week. The talks were first disclosed in a filing by the prosecution on Monday. Federal officials said both legal teams agreed to delay a status hearing that was originally scheduled to occur later this week “to facilitate the discovery process and plea discussions between the parties.” The hearing was rescheduled until May 4. Ilya “Dutch” Lichtenstein, 34, and his rapper wife, Heather Morgan, 31, were arrested at their Manhattan apartment in February. Federal authorities have accused the couple of trying to launder 119,754 bitcoin – the equivalent of $4.5 billion – that they purportedly pilfered when a hacker breached the crypto exchange Bitfinex in 2016. Later in February, prosecutors disclosed in a court filing that they would seek a “resolution” of the case to avoid a trial, MarketWatch reported. The couple faces up to 25 years in federal prison on charges of conspiracy to commit money laundering and conspiracy to defraud the United States. see also Morgan is free on $3 million bond pending the outcome of negotiations. Lichtenstein was not granted bail and has remained in federal custody since his arrest. Attorneys for Lichtenstein and Morgan did not return requests for comment, according to Marketwatch. Federal authorities originally sought to have both defendants held in custody until trial, arguing in court documents that their actions were “pulled from the pages of a spy novel” and indicated a likely flight risk. Lichtenstein and Morgan purportedly had “access to numerous fraudulent identities and documents purchased on the darknet, and the ability to easily acquire more.” The feds asserted that the couple “have been setting up a contingency plan for a life in Ukraine and/or Russia prior to the COVID-19 pandemic.” When law enforcement officials carried out an apartment raid that resulted in the couple’s arrest, agents discovered multiple phones and SIM cards, including a bag labeled “Burner Phone.” Authorities found “two hollowed-out books” in Lichtenstein’s office and more than $40,000 in cash. They also discovered “what appears to be a substantial amount of foreign currency” and noted Lichtenstein used digital currency to buy “over 70 one-ounce gold coins” that were not found in his apartment. Since their arrest, Lichtenstein and Morgan have gained notoriety for their flamboyant online personas. Morgan rapped under the name “Razzlekhan” and once penned a column for Forbes warning about pandemic-era fraudsters.