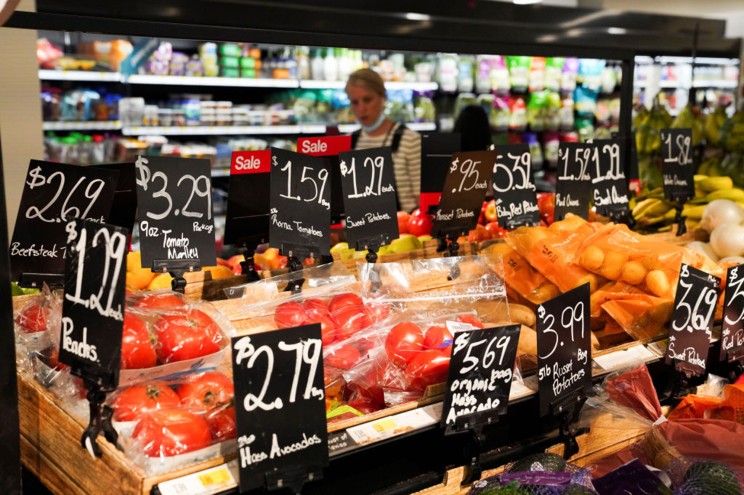 Record inflation is costing the average American household an additional $250 per month on expenses, with millennials, Latinos, and the middle class especially feeling the pinch, according to a new study. Ryan Sweet, a senior economist at Moody’s Analytics, studied the average spent by a US household during 7% inflation and compared those figures to data from 2018 and 2019, when inflation hovered around 2.1%. He came up with the $250 figure by factoring in different prices for goods and services. “A lot of people are hurting because of high inflation. $250 a month — that’s a big burden,” Sweet told The Wall Street Journal. “It really hammers home the point of ‘what is the cost of inflation?’” On Thursday, the feds said the US consumer price index rose another 0.6% in January, bringing the total rate of inflation over the past 12 months to 7.5% — the fastest in 40 years. When excluding food and fuel, which fluctuates on a monthly basis, the inflation index rose 6% — the fastest since 1982. The latest figures from the Labor Department are likely to give the Federal Reserve added impetus to impose several interest rate hikes in an effort to bring inflation under control. Another study by Wells Fargo found that those who pay rent are feeling the squeeze even more since a greater share of their income is spent on housing. Middle-class households were also hit harder than other groups since they spend a greater share of their income on transportation and fuel costs, which have also risen. For the middle class, the rate of inflation was 6.7% in December — or 0.5% higher than for the lowest and highest income brackets, according to the study. Households who earn more money tend to dine out more often, though the price of food rose much less than the level of inflation, according to the analysis. Higher earners are also more likely to buy new cars, whose prices rose at a level below that of inflation, according to the analysis. The inflation rates for Latinos was a bit higher — 7.1% in December — since they tend to spend a much higher share of their income on used cars and gasoline. In contrast, Asian households on the whole tend to earn more money and are more likely to drive newer, fuel-efficient vehicles, according to the study. The average rate of inflation for Asian households was calculated at 5.6% in December, the study found. The age demographic that has been hit hardest by the inflation numbers is the 35-44 year-olds. Millennials born in the period spanning the mid-1970s to the early 1980s saw their costs rise by 6.9% last year — the highest of any age demographic, according to Wells Fargo. Those 65 and up had to burden 5.8% price increases since a greater share of their spending went to health care services, which rose at a level below that of inflation — 2.5%. Younger Americans who had to spend more on cars and gasoline saw inflation rates of 6.7%, according to the study.