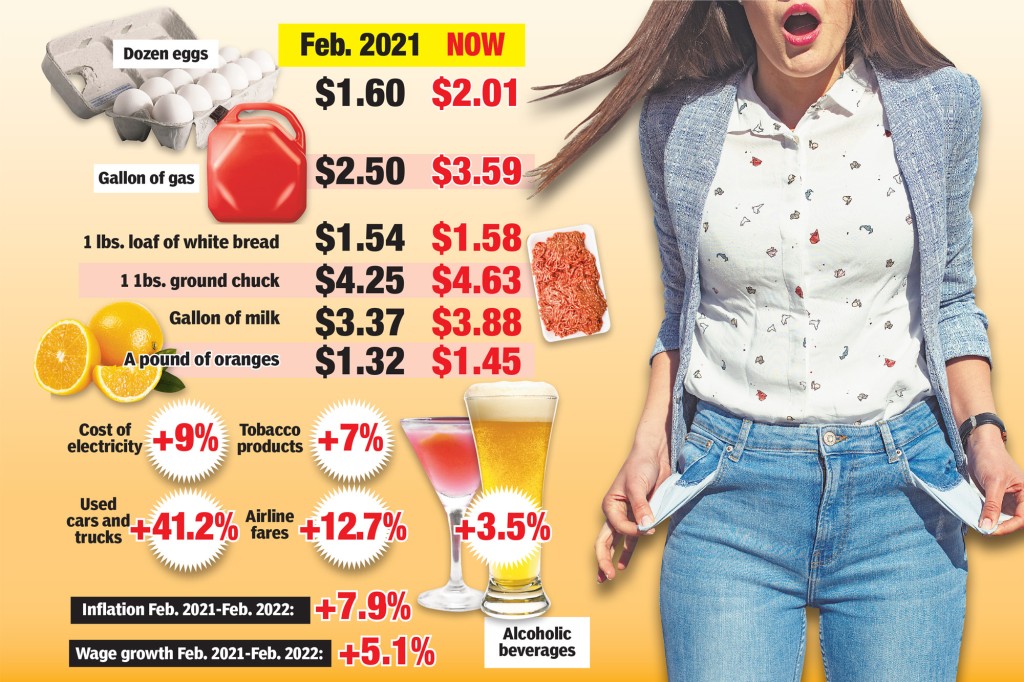 If you break it you own it,” is pretty much what Joe Biden should be thinking right now, but he isn’t, of course. Yes, it’s inconceivable that the president who so deservedly owns his moniker “Sleepy Joe” has enough self-awareness to own up to his role in fomenting the precarious state of the US economy that’s sitting on a 40-year high of 7.9% (and growing) inflation. The problem for Biden is that inflation, according to every Wall Street CEO I speak to, is only going to get worse no matter how much he passes the buck and blames the Russians for higher prices on everything from gasoline to food. That is, unless Sleepy Joe has an awakening and reverses his bizarre energy policies that made America dependent on despots from Russia to Venezuela. No matter how fast the environmentalists and their lackeys in the White House push for a zero-carbon footprint, we still depend on oil and gas as the lifeblood of our economy. Inflation is theft. It siphons money particularly from poor, working and middle-class Americans. But Joe Biden fueled it with absurd fiscal policies that included continuing to pay people not to work when the economy needed supply to meet the rising demand post-COVID. And he appointed as an accomplice Fed chair Jerome Powell, who printed money well after COVID stopped being an existential threat to the economy. That set the stage for the current inflation cycle even before Russia invaded Ukraine. Biden’s energy policies also handcuffed oil producers so much that gas prices — a key component of that the consumer price index — were rising before the Ukraine invasion forced Biden to ban Russian oil and gas and made $150 a barrel oil and $8 a gallon gas a real possibility in the coming weeks. So don’t be conned by Sleepy Joe’s excuses; he’s now trying to blame oil companies for not making good on licenses to drill but leaves out other hoops that prevent exploration and drilling. Another whopper his people spew: That increased US oil supplies will take a year or longer to hit markets and won’t make a dent in prices. Sorry, oil is priced in the futures market, and additional future supply will keep prices from spiraling further and may in fact bring them down. There’s a way out for Biden: Stop kowtowing to the left and bring back energy independence at home. Someone should wake him up to the reality that inflation isn’t going away and Americans will ultimately hold him accountable for the crime.