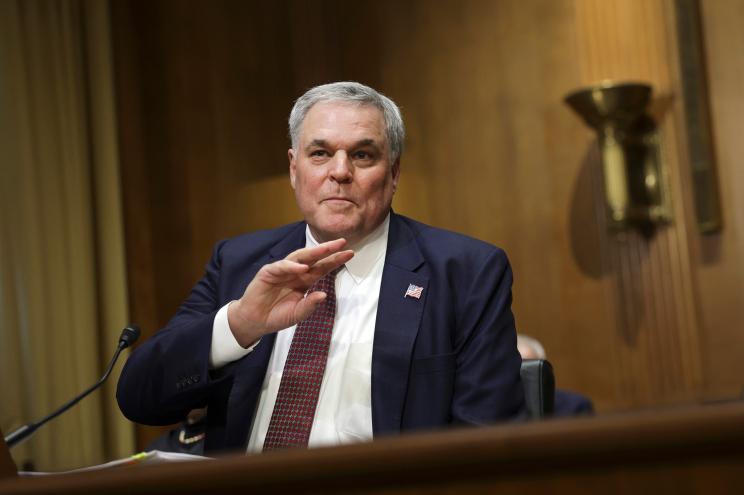 Internal Revenue Service agents are answering just a fraction of all incoming customer service calls as the embattled agency struggles with a record volume of inquiries and a massive backlog of tax returns, IRS Commissioner Chuck Rettig acknowledged during a Senate hearing this week. The commissioner detailed the IRS’s struggles with customer service in response to a question from Sen. Pat Toomey (R-Pa.) of the Senate Financial Committee — who noted that delayed tax returns and unanswered phones created a “very, very frustrating” situation for taxpayers. Rettig said the IRS expects to return to “normal” levels of phone service during the 2022 fiscal year, which he defined as “right around 70%” of calls answered, as the agency recovers from the COVID-19 pandemic. “We’re currently running about 19% to 20% level of service,” Rettig said. The IRS previously warned it was receiving a record level of incoming phone calls. In 2021, the agency received more than 145 million calls from January 1 through May 17, or more than four times its normal call volume. Rettig noted the IRS’s efforts to boost customer service would depend on whether another COVID-19 spike further hampers its operations. He argued the IRS has made significant progress in clearing its tax return backlog — which would free up more agents to answer the phones. “Our efforts are working. We’re trending in the right direction. During the summer, you’ll start seeing the impact of this,” Rettig said. As of March 31, the IRS had 2.7 million unprocessed individual tax returns received in calendar year 2021 and about 2.3 million unprocessed returns from calendar year 2022, according to Rettig. The IRS typically enters filing season with a backlog of approximately 1 million tax returns from the previous year. Rettig said President Biden’s 2023 budget proposal contains enough funding for the IRS to achieve an 85% answer rate on customer service calls. The Biden administration has proposed an expansion of the IRS, arguing it would help to close the “tax gap,” the difference between what is owed and what is actually collected. The IRS has faced bipartisan pressure to alleviate the backlog. Rettig and other federal officials have attributed the agency’s struggles to staffing shortages, outdated technology and a lack of necessary funding. In January, the IRS warned that taxpayers were in for a “frustrating” filing season due to the logjam.