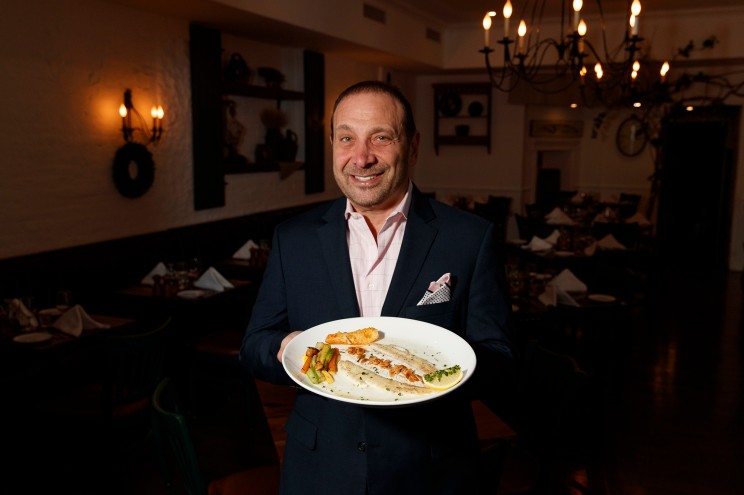 Big Apple restaurant-goers are accustomed to sticker shock over soaring menu prices, but Dover sole is giving them the most agita. The prized piscine has jumped at many leading eateries from around $50 to as high as $82 in the past eighteen months. Owners and chefs blame supply-chain problems, but a brave handful are bucking the trend. At Cellini on East 54th Street, fresh Dover sole from Holland waters – as tasty as I’ve had at any price — is just $37. The low-priced, high-quality field also includes Indian favorite Tamarind’s clay pot-based number at $44 and Trattoria dell Arte’s “petit” version at $38. Meanwhile, menus list prices of $55 at Smith & Wollensky, $62 at Pastis, $64 at Quality Bistro, $76 at Osteria La Baia and $80 at Il Mulino and Dowling’s at the Carlyle Hotel and $82 at Marea. They’re all fine, but the prices? The issue is as murky as the sea bottom. Do places really need to charge much more, or do owners know that well-heeled customers will pay more for a creature that’s regarded as a luxury? Cellini owner Dino Arpaia, who said he’s “in shock” over his seafood bills, only modestly upped the Dover sole tab to $36 from $32 when his purchase cost rose from $11.95 to $13.95 a pound. He said he doesn’t make money on the dish, but the low price encourages customers to spend more on his other dishes and wine, which are themselves priced below-market. He’s glad that not everyone orders Dover sole — “I’d lose money if I did,” he said. For sure, cost comparisons between restaurants are tricky. Portion sizes vary. Preparation and “extras” count, too. A pan-seared filet costs less to serve than labor-intensive tableside flaming at Dowling’s. Marea’s $82 Dover sole comes with a side dish that would be $16 if ordered separately. Meticulous sourcing is the main challenge at certain elite restaurants. Le Bernardin chef/owner Eric Ripert now pays 25% more for Dover sole, compared with hikes of 16% for halibut and 12% for striped bass. “Our Dover sole is prime quality from a certain fisherman,” he said — an attention to detail that customers expect at his three-Michelin-starred restaurant. Andy Kitko, the chef of Oceans on Park Avenue South, said he pays 10-15% more for Dover sole from Portuguese waters. It’s $75 on his menu for a luscious one-pound filet. Le Coucou chef Daniel Rose said his current Dover purchase cost of $25-26 a pound is “not a dramatic increase” over the past. A whole specimen rose from $41.50 in January 2020 to $44.40 this month, but there were dips at times to as low as $39. His Dover sole dish is now $76, up from $68 in March of 2020. But it was only to cover his costs. “I’m pleased to report we are not passing all price increases onto the customer,” Rose said.