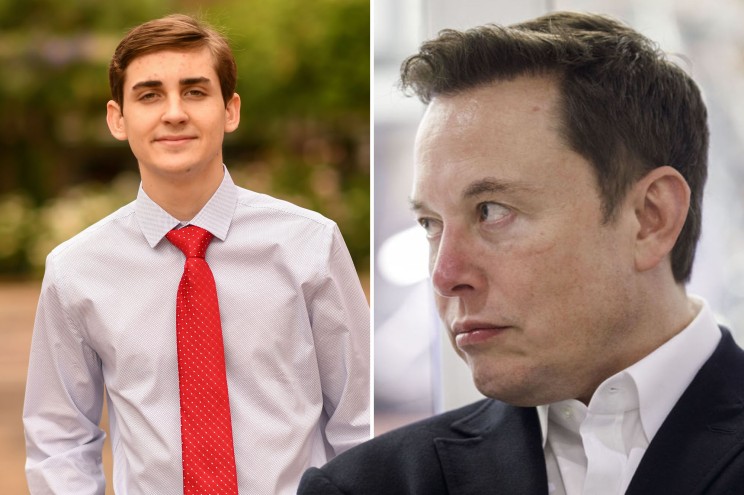 Jack Sweeney, the 19-year-old college kid who ran afoul of Elon Musk by running a Twitter account that tracks his private jet, has already parlayed the viral exchange into a career opportunity. The tech-savvy teenager told The Post that Stratos Jet Charters, an Orlando-based private charter flight firm, was impressed enough to offer him a job on its tech development team. Stratos competes in the sector with Wheels Up, NetJets and other private jet services. “It was pretty cool. They’re UCF alumni, so it’s pretty interesting,” Sweeney told the Post. “There’s just a lot of UCF that think it’s cool.” Sweeney told The Post he is “not sure” yet if he will accept the offer, given his other obligations. The college student noted he already works as a part-time app developer for UberJets, another private charter firm. Stratos’s CEO Joel Thomas, a UCF alum, confirmed he has been in touch with Sweeney about working for the company. Thomas told The Post the college student “showed his creativity” by creating the jet-tracking accounts. Sweeney’s knowledge of real-time flight tracking data could help Stratos make “more efficient inquiries of suppliers and predict flight times more accurately,” he added. “Understanding that he is currently enrolled at UCF, Stratos is happy to work with him on a project basis, part-time or internship to help him further his educational goals,” Thomas told the Post. Musk offered $5,000 for Sweeney, a student at the University of Central Florida, to shut down @ElonJet, which uses publicly available data to keep tabs on the Tesla founder. Sweeney rejected that deal, and Musk didn’t respond to his counter request for $50,000 and an internship. Musk previously decried similar accounts as a “security issue.” Aside from the @ElonJet account, Sweeney operates accounts that track the flights of jets owned several other billionaires and well-known figures, including Jeff Bezos and Bill Gates. However, he has no plans to make similar requests of those billionaires. “I’m not going to bother them,” Sweeney said. Musk reached out to Sweeney via direct message last November, asking the teenager to shut down the tracking bot because it posed a “security risk.” The pair exchanged messages and the Tesla founder eventually offered him $5,000 to delete the account. see also “I don’t love the idea of being shot by a nutcase,” Musk said. Sweeney counteroffered, requesting $50,000 and an internship to delete the account. Musk said he’d consider the offer, ultimately decided it didn’t “feel right” to pay to shut down the account and stopped responding. The @ElonJet account has gained more than 200,000 followers since The Post and other outlets reported on his direct message conversation with Musk. However, the public exposure appears to have rankled Musk, who has blocked Sweeney’s personal Twitter account. Sweeney expressed regret about that development. “He didn’t have to block me,” Sweeney said. “I can get why he’s mad. Some of them, they don’t like the news, so if it’s all over the news, you can totally see why he would be like that.” Sweeney said Musk has taken some steps to make it more difficult to track his private jet since the account went viral, but the college student said he’s still able to do it. “It’s a little more complicated, but it’s not crazy hard,” he added.