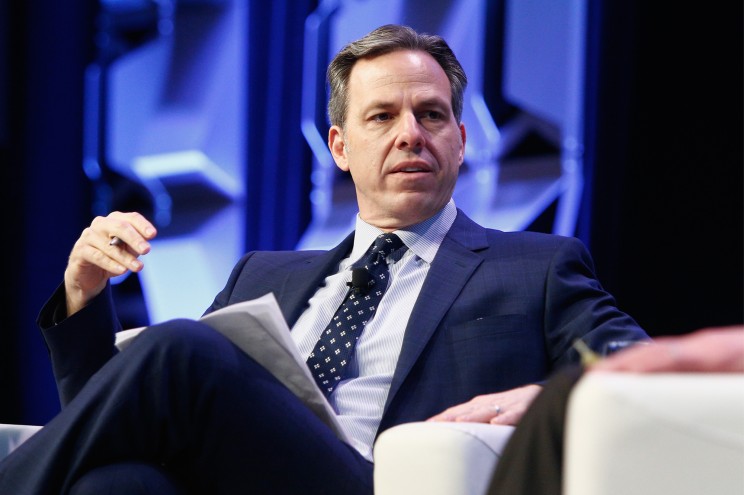 CNN’s Jake Tapper reportedly accused his network’s corporate parent of throwing Jeff Zucker under the bus after the ousted news honcho refused to capitulate to Chris Cuomo’s demand for a multi-million dollar payout. Hours after Zucker’s resignation on Wednesday, Tapper asked WarnerMedia CEO Jason Kilar at a tense meeting inside CNN’s Washington bureau about the “perception” that Zucker’s refusal to pay Cuomo the remaining $18 million on his contract ultimately led to him losing his job, according to Puck News. “Jason, if you could address the perception that Chris Cuomo gets fired by CNN, Chris Cuomo hires a high-powered lawyer who has a scorched-earth policy, who then makes it very clear to the world that unless Jeff gives Chris Cuomo his money, they’re going to blow the place up,” Tapper asked Kilar, according to a recording of the meeting obtained by the news site. “Stuff starts getting leaked to gossip websites about Jeff and Allison… and then weeks later, Jeff comes forward, discloses this and resigns — not willingly,” Tapper continued. “An outside observer might say, ‘Wow, it looks like Chris Cuomo succeeded,” Tapper told Kilar during a tense staff meeting on Wednesday. “He threatened, Jeff said we don’t negotiate with terrorists, and he blew the place up.” Tapper then asked Kilar: “How do we get past that perception, that this is the bad guy winning?” see also Kilar told Tapper in response: “When it comes to perception, all I can offer you, Jake, is: every minute of every day we’ve got what’s on the screens [of CNN]. I believe that’s what’s going to define us going forward, far more than what’s happened today and what you alluded to.” Zucker resigned from his post as CNN president on Wednesday after acknowledging a years-long “consensual relationship” with Allison Gollust, the network’s executive vice president and chief marketing officer. In announcing his resignation to staff, Zucker admitted that he failed to disclose the relationship with his underling to his superiors. Zucker’s bosses at WarnerMedia became aware of the relationship during an investigation into Cuomo’s tenure at the network. On Thursday, the scandal grew as The Post exclusively reported that Zucker and Gollust made personal calls to Andrew Cuomo in 2020 in a bid to lure the governor to make more flattering appearances on his brother Chris Cuomo’s show, and even coached him on his COVID briefings. Nevertheless, senior CNN talent at its Washington, DC bureau expressed fierce loyalty to Zucker during the meeting with Kilar, with some even suggesting that the historically tense relationship between the two men played a role in the CNN president’s ouster. Cuomo was fired by Zucker late last year after it was learned that he helped his brother, then-New York Gov. Andrew Cuomo, fight back against allegations that he sexually harassed an aide. Since his dismissal, the former “Cuomo Prime Time” host has hired a high-powered attorney, Bryan Freedman, in an effort to force CNN to pay him $18 million in salary that he was slated to earn on the remainder of his contract. Zucker refused Cuomo’s demand for the payout because revelations that he helped his brother cast the network in a negative light. Cuomo’s lawyers then decided to go over his head and appeal to executives at WarnerMedia’s parent company, AT&T, sources familiar with the matter told The Post. Cuomo’s lawyers argued AT&T was involved in selective enforcement, according to the sources. Zucker — who violated company policy by dating a colleague without disclosing it — was able to hold onto his cushy job, but Cuomo had gotten the boot for helping his brother navigate sexual harassment claims.