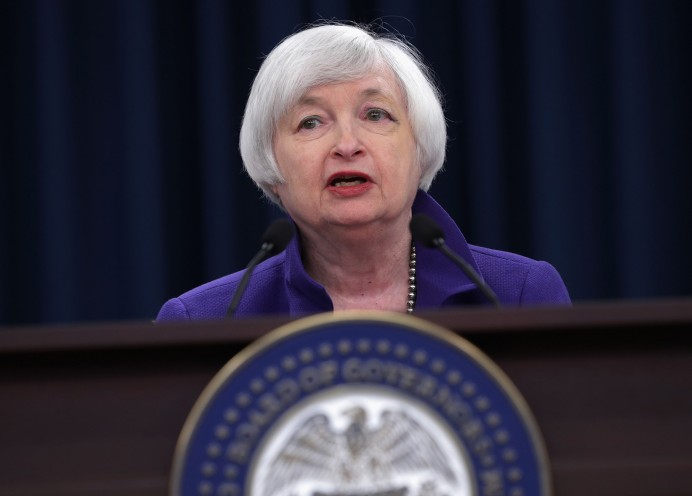 Americans ought to prepare for another year of “very uncomfortably high” inflation exacerbated by the Russian invasion of Ukraine, according to Treasury Secretary Janet Yellen. Yellen told CNBC on Thursday that the crisis in Eastern Europe has forced her to change her earlier forecast in which she predicted that soaring consumer prices would begin to moderate in the second half of this year. “I think there’s a lot of uncertainty that is related to what’s going on with Russia in Ukraine,’ Yellen told CNBC’s “Closing Bell.” “And I do think that it’s exacerbating inflation. I don’t want to make a prediction exactly as to what’s going to happen in the second half of the year,” she said. “We’re likely to see another year in which 12-month inflation numbers remain very uncomfortably high.” Yellen spoke hours after the Department of Labor released its latest figures showing record-setting levels of inflation. The consumer price index — a closely tracked inflation gauge that details the costs of goods and services — rose 7.9% in the 12 month-period which ended in February — the fastest pace of inflation since 1982. On a monthly basis, the CPI rose 0.8% from January to February. Inflation increased at a faster rate than economists expected. Surging food and fuel costs are stretching budgets to the point where the average American household is spending an additional $296.45 on key necessities and goods, according to Moody’s senior analyst Ryan Sweet. Earlier this year, Yellen was optimistic that supply chain disruptions would be resolved and that inflation would eventually cool before the start of 2023. But the war in Ukraine has led to a surge in the price of fuel as well as other commodities like wheat. West Texas oil surged to around $130 a barrel on Tuesday, though it fell to around $105 per barrel on Thursday. But that is still $30 a barrel more than the price of crude from just three months ago. “We have seen a very meaningful increase in gas prices, and my guess is that next month we’ll see further evidence of an impact on U.S. inflation of Putin’s war on Ukraine,” Yellen said. “Russia, in addition to exporting oil…Ukraine and Russia are major producers of wheat,” she said. “We’re seeing impacts on food prices, and I think that can have a very severe effect on some very vulnerable emerging market countries.”