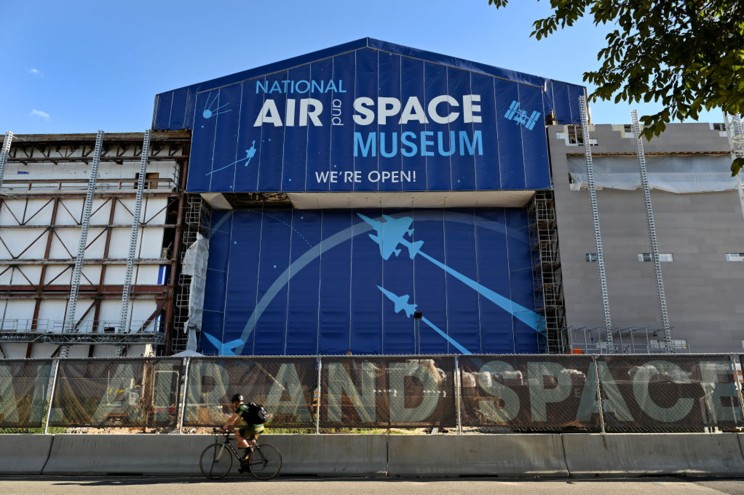 Jeff Bezos will have his name attached to the Smithsonian’s National Air and Space Museum’s new building for at least 50 years in exchange for a $200 million donation, according to a report. Plans for the $130 million Bezos Learning Center were announced last summer after the Amazon founder gave the largest ever donation to the museum since its founding nearly 180 years ago. An additional $70 million from Bezos is earmarked toward renovating the National Air and Space Museum in the capital. Bezos’ pledge came with naming rights: Bezos’ name will be plastered on the site of the as-yet-to-be-built learning center as well as elsewhere in the Smithsonian Institution, according to MarketWatch. The naming rights agreement was approved by the board, whose members include Vice President Kamala Harris and Supreme Court Chief Justice John Roberts as well as several US senators and House reps. A spokeswoman for the Smithsonian told The Post that Bezos didn’t make demands “around naming rights.” “These are all standard agreements made for this size of philanthropic gift,” she said. The new facility is scheduled to be built on the east side of the museum’s plaza at its flagship location on the National Mall. The building will be erected on the site of the museum’s existing restaurant, which is scheduled for demolition. The learning center “will feature programs and activities that inspire students to pursue innovation and explore careers in STEAM (science, technology, engineering, arts and mathematics) fields.” Bezos’ name will be used by the Smithsonian “immediately” despite the fact that the learning center won’t be fully built “for some time,” as per the gift agreement. It is common for philanthropic gifts to include naming rights. The Smithsonian, a nonprofit created by the federal government and funded largely by taxpayers, is named after James Smithson, the British scientist who amassed a fortune and bequeathed it to his heirs on condition that they use some of the money to found the museum. TV talk show queen Oprah Winfrey donated $12 million to the Smithsonian’s National Museum of African American History — which houses the Oprah Winfrey Theater. Last year, Bezos stepped aside from his role as CEO of Amazon to focus on his space tourism firm Blue Origin.