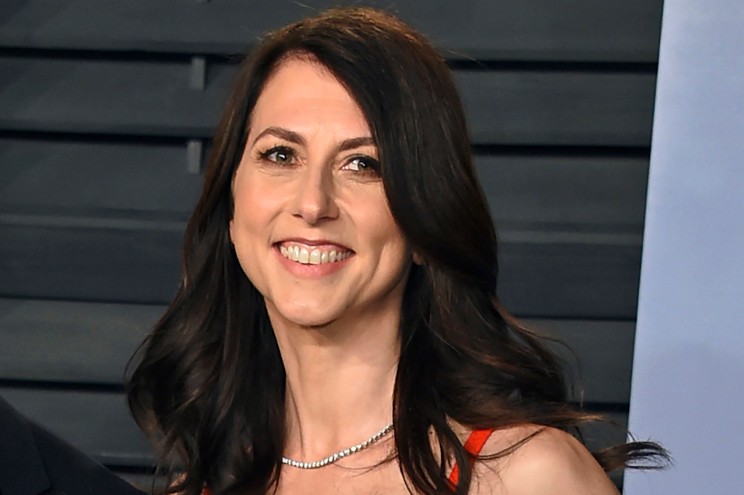 MacKenzie Scott, the ex-wife of Amazon founder Jeff Bezos and one of the richest women in the world, unloaded 2.5 million shares of the online retail giant last year, according to SEC filings. Scott, whose divorce from Bezos was finalized in the summer of 2019, sold the shares, which could have been worth up to $8.5 billion depending on the exact date on which the transactions took place. If they were sold today, the stake would be worth some $7.3 billion based on the current share price. Amazon was trading at $2,960 per share just after noon on Monday — a rise of more than 2.7%. Bezos retains voting power over the 14.9 million shares — or 25% of his stake — that Scott was awarded as part of the divorce, which ended the couple’s 25-year marriage. Scott has since re-married while Bezos has been in a relationship with girlfriend Lauren Sanchez, a former television news reporter. The 14.9 million shares is included in Bezos’ stake in the company, which is 12.7% of all shares. In total, Bezos owns 64,823,570 shares of Amazon. Scott’s net worth is valued at $49.9 billion. Shortly after her divorce, she signed the Giving Pledge, in which some of the world’s richest people promised to donate at least half of their wealth to philanthropic causes over the course of their lifetime. In December, Scott declined to specify how much money she donated since the most recent disclosure in June. She also would not say who received the money. “How much or how little money changes hands doesn’t make it philanthropy,” she wrote in a blog post titled, “No Dollar Signs This Time.” Scott has donated billions of dollars to various charities. She’s frequently released public letters announcing her giving over the prior six months and explaining why she chose to donate to certain causes and organizations. But in her most recent letter, Scott, who Forbes has pegged as the 28th richest person in the world and the third richest woman, said she won’t disclose her latest round of donations, and it’s unclear when or if she’ll put out specific updates in the future. “Intention and effort make it philanthropy. If we acknowledge what it all has in common, there will be more of it,” she said, saying that’s “why I’m not including here any amounts of money I’ve donated since my prior posts.” “I want to let each of these incredible teams speak for themselves first if they choose to, with the hope that when they do, media focuses on their contributions instead of mine,” she wrote. While Scott has been generous in donating vast sums of money, her ex-husband, who is the third richest man with a net worth north of $174 billion, has been criticized for not doing the same. Unlike his former spouse, Bezos is not a signatory to the Giving Pledge, and while he has ramped up his charitable promises in recent years, he’s still faced criticism for not doing more.