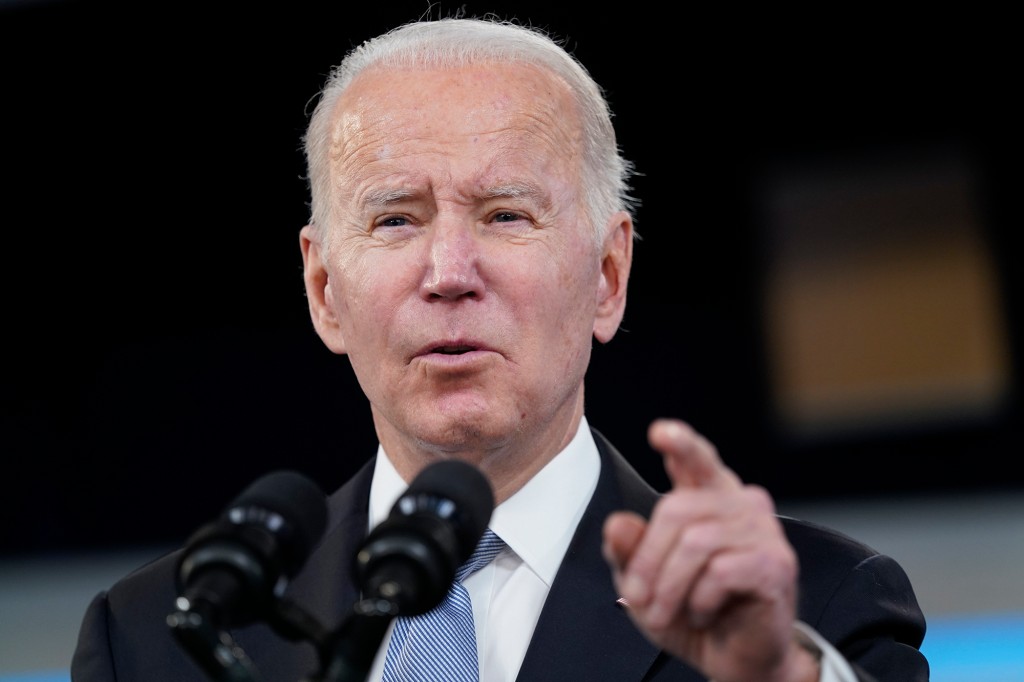 Are you happy now, Elon? Joe Biden said the word “Tesla” for the first time since taking office — after repeated complaints from CEO Elon Musk that the president has been unfairly ignoring the electric automaker. “Since 2021, companies have announced investments totaling more than $200 billion in domestic manufacturing here in America, from iconic companies like GM and Ford building out new electric vehicle production to Tesla — our nation’s largest electric vehicle manufacturer — to innovative younger companies like Rivian building electric trucks or Proterra building electric buses,” Biden said in a speech about US auto manufacturing on Tuesday. “We’re seeing the beginning of an American manufacturing comeback.” In January, Musk complained about Tesla being omitted from a summit of US business leaders that included the CEOs of General Motors and Ford. Biden finally invoked the name of the world’s most valuable automaker — the first time he has publicly uttered the word “Tesla” since taking office https://t.co/zmgzqjvwH4 pic.twitter.com/4h052AIOuD— Bloomberg (@business) February 8, 2022 In particular, Musk griped about a post on Biden’s Twitter account that included a video of the president standing with GM CEO Mary Barra and declared that “companies like GM and Ford are building more electric vehicles here at home than ever before.” “Biden is treating the American public like fools,” Musk seethed on Jan. 27. In another post that day, Musk wrote that Biden was a “damp [sock] in human form.” “For reasons unknown, @potus is unable to say the word ‘Tesla,’” Musk added in another tweet days later, sharing a link to a fan-made petition asking Biden to “acknowledge Tesla for its hard work.” For reasons unknown, @potus is unable to say the word “Tesla” https://t.co/dcBNowOgKA— Elon Musk (@elonmusk) January 30, 2022 During the January event that drew Musk’s ire, Biden stood alongside executives from Ford, GM and Stellantis while detailing his executive order for half of all US car sales to be zero-emission vehicles by 2030. Asked why Tesla was not included in that event, White House press secretary Jen Psaki noted the three firms in attendance were “the three largest employers of the United Auto Workers” — an indication that Tesla was snubbed because its hourly employees aren’t unionized. Tesla did not immediately respond to a request for comment. Additional reporting by Thomas Barrabi