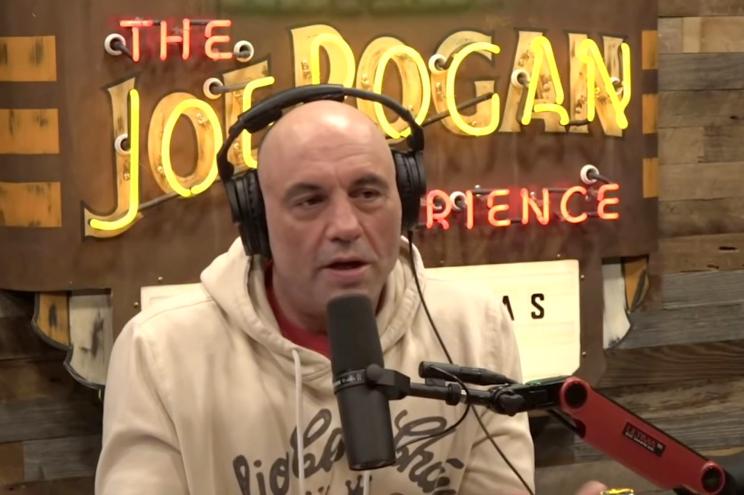 Joe Rogan mocked CNN for its failed launch of streaming service CNN+, even as he blasted network anchor Brian Stelter on his Friday episode of “The Joe Rogan Experience.” The popular podcaster, along with British political commentator Douglas Murray, dubbed the service, which was shuttered Thursday, “CNN minus,” and ripped CNN for pour hundreds of millions into the ill-fated launch. “They spent $300 million dollars and got 10,000 subscribers,” Rogan said. “Imagine the hubris of thinking that something people don’t want for free, you’re gonna charge money for it.” “Jake Tapper seems like a great guy, but I feel like I don’t have to pay for his book club,” he continued, referring to the CNN+ program “Jake Tapper’s Book Club.” The duo also took shots at Stelter, the network’s chief media correspondent and anchor of “Reliable Sources,” which airs on CNN Sundays at 11 am ET. “One of my rules is I try to never be mean about their appearances,” Murray said. “But…” Murray described finding out that Stelter is much younger than he assumed, which triggered laughter from both men. “His pattern of communication is so strange. It’s like, do you listen to other people?” Rogan added. “They talk very differently from you.” He pantomimed Stelter’s body language and way of speaking on his talk show. Stelter addressed the shocking closure of CNN+ on his show Sunday, calling the shutdown “stunning” and “painful news for everyone involved.” Stelter wrote the decision off to a “corporate strategy,” amid AT&T’s deal to spin off CNN parent WarnerMedia to Discovery. The end result is Warner Bros. Discovery, a new company helmed by Discovery CEO David Zaslav, who has big plans to combine the firm’s major streaming services, HBO Max and Discovery+, and not continue to build the niche service, CNN+. Prior management had plans to spend $1 billion in total. Discovery took a look at where $300 million got CNN+, namely 10,000 active users and 150,000 sign ups, according to reports from CNBC and Axios, and didn’t think it was worth pursuing further. News of the closure sparked anger at CNN+, which had hundreds of employees and buzzy hires like anchors Chris Wallace and Kasie Hunt. “It’s too early to know if this product, if this service, was a success or a failure,” Stelter said on Friday’s edition of “Reliable Sources Daily” on the soon-to-be axed platform. “You’ve got all the haters today saying this thing was a failure. I don’t know if we can even ever assess that because it just simply didn’t have enough time because of the management’s change in direction,” he said. Stelter was slated to host an expanded version of “Reliable Sources Daily” on CNN+.