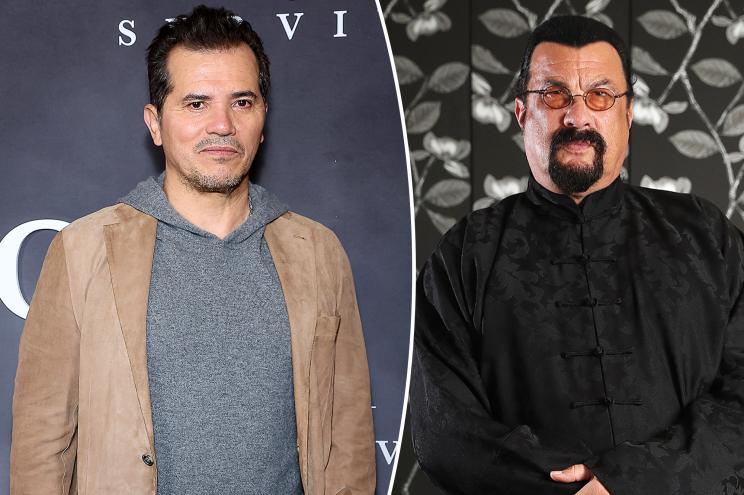 John Leguizamo says “no one” has had a good time filming with Steven Seagal. The “Super Mario Bros.” star, who has been in over 100 movies, revealed that even on the clunkers — “There’s a few of those!” — that he enjoys his craft. “I always have the best time off-camera on those movies because you’ve got to make up for it,” the 61-year-old told The Post. One exception, however, is 1996’s “Executive Decision” starring Seagal, who foils a terrorist plot to seize control of an airplane. “Yeah, I did not have a good time with Steven Seagal,” Leguizamo told The Post. “No one has.” “Gene LeBell, the most famous stunt man in Hollywood, was in a movie with him and [Seagal] kept hitting the stuntmen on purpose,” he recalled. That’s when things got dicey. “Gene said, ‘Don’t do that to my boys because they can’t hit you back, it’s not fair,’” he continued. “So he did it again and Gene put him in a chokehold and said, ‘You ever do that I’m going to choke you to death.’ He never did it again.” The Post has reached out to Seagal, 70, for comment. Leguizamo’s latest role is a boxing trainer in “The Survivor,” which is based on the true story of Harry Haft, who survived Auschwitz by being forced to box other prisoners for the officers’ entertainment. He had a brief pugilistic career in the US and his last fight was against future champ Rocky Marciano. “Being a Latin man I understand genocide,” the Colombian-born actor said about the Holocaust. “Ninety-five percent of the Incas, Mayans, Aztecs and the Taínos were genocided. From 5% look how many of us came back.” He added: “We gotta celebrate these survivor stories and we gotta be reminded that people can do these horrible horrible things.”