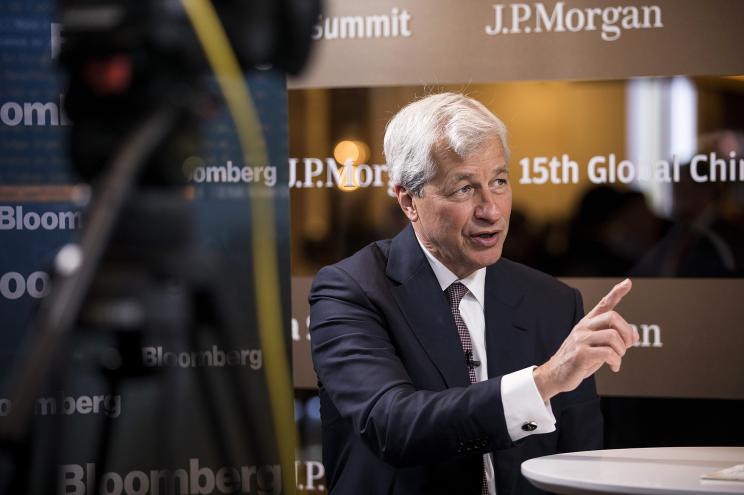 JPMorgan Chase’s quarterly profit dropped 42% when compared to last year — with the bank facing $524 million in market losses linked to its exposure to Russia and certain commodities. The nation’s largest bank also set aside an additional $902 million in credit reserves, gearing up for even more potential losses as it exits Russia after its invasion of Ukraine and braces for even more market effects rippling out from the war. Still, on Wednesday, JPMorgan Chief Executive Jamie Dimon said he remained “optimistic on the economy — at least for the short-term.” But he struck a cautious tone, warning in a statement there would be “significant geopolitical and economic challenges ahead due to high inflation, supply chain issues and the war in Ukraine.” US inflation is running at 8.5%, according to the most recent read from the feds, its highest level since 1981 and a threat to everyday Americans when it comes to rising prices at the cash register — and to corporations, which are seeing their profit margins threatened. As for JPMorgan, it reported first-quarter profits of $8.3 billion on $30.7 billion of revenue. The bank’s earnings of $2.63 per share missed analyst expectations, which predicted profit of $2.72 per share, according to data from FactSet. The numbers were a steep departure from the first quarter last year, when the bank made $14.3 billion in profit or $4.50 profit per share. Profit during the quarter dropped across the board: Investment banking fees, which have buoyed revenue over the last few years, were down 31% — with overall investment banking profit slumping 26%. Trading revenue declined 3% year-over-year, asset management fell 20% and the commercial bank dropped 28%. The company’s shares were trading nearly 3% lower on the news on Wednesday. Last week Dimon warned investors in his annual shareholder letter the bank could lose $1 billion as a result of exposure to Russia. “We are actively monitoring the impact of ongoing sanctions and Russia’s response, concerned as well about their secondary and collateral effects on so many companies and countries.” The gloomier forecast is a sharp turn of events from the last few years as banks raked in massive investment banking fees and market volatility pushed revenue higher. JPMorgan reported a record year in 2021 — raking in $48.3 billion in 2021. JPMorgan’s pre-pandemic record was $36.4 billion. Just last quarter JPMorgan Chief Financial Officer Jeremy Barnum warned a tight labor market was one of the bank’s biggest concerns. He singled out the cost of retaining employees as bankers increasingly job hop and demand fatter bonuses. On Wednesday Barnum warned the ongoing conflict in Russia was a top concern — and the bank still had $600 million in exposure to the country. It has said that it’s unwinding its direct exposure to the country. It will be a busy week for Wall Street — top firms including Goldman Sachs and Morgan Stanley report earnings Thursday.