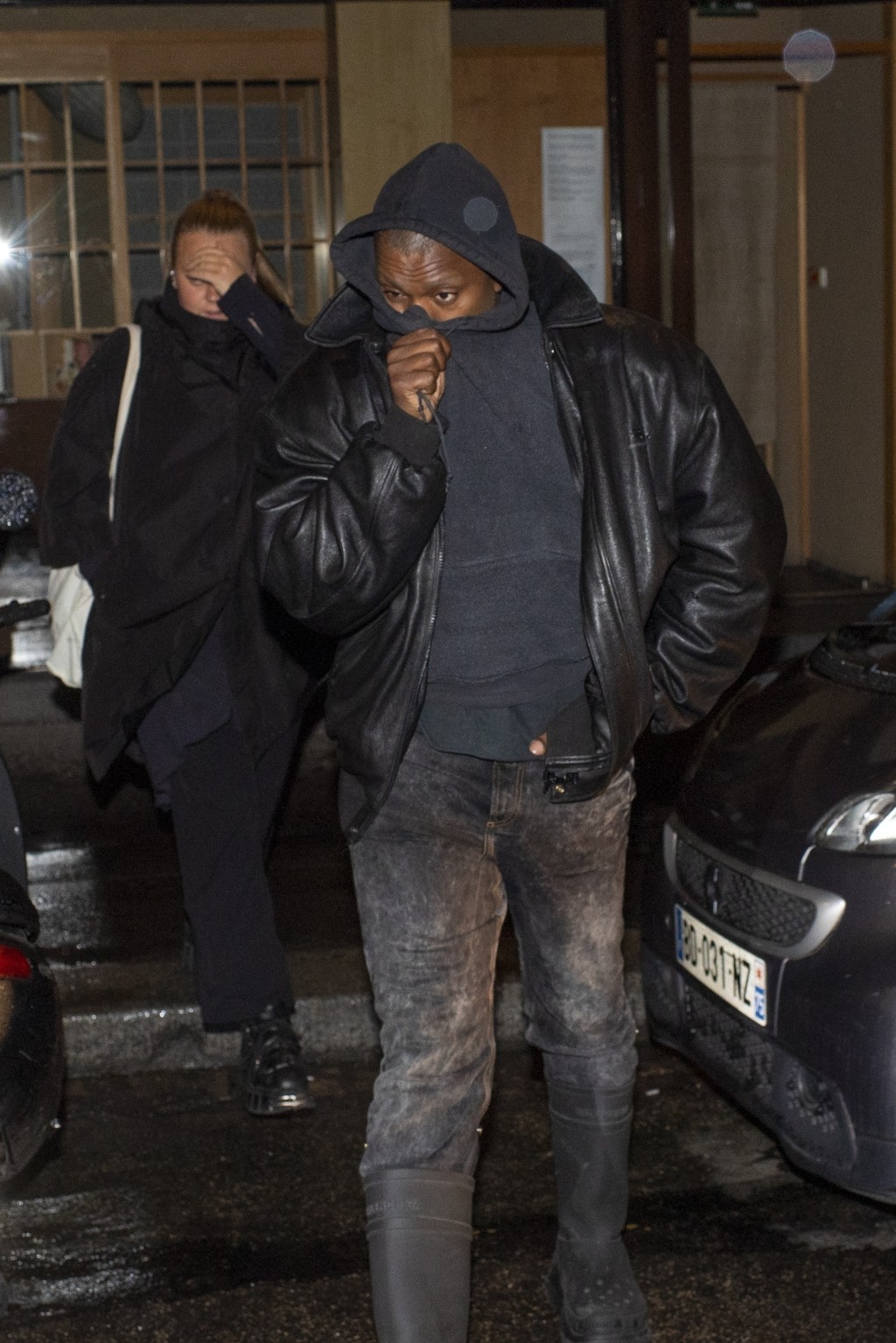 Kanye West took to Instagram over the weekend, posting a lengthy rant where she hit out at Page Six for publishing “bad photos” of him. The 44-year-old rapper also claimed Page Six staffers would “die” to date him — although he has since deleted the post. And while not every photo of West is up to his standards, there’s no denying that the “Gold Digger” rapper loves the limelight and that Page Six is often on hand to capture his colorful antics. Below are some of the memorable Page Six snaps of West take in the past few years. The rapper shared this rant with his 12.8 million Instagram fans over the weekend, before it was swiftly deleted. The post came amid the end of his short-lived, high-profile relationship with actress Julia Fox. Last September, Page Six shared this snap of West’s patchy haircut. Some suspected his children were to blame for the bizarre buzzcut, with one writing: “Yeezy gave North the clippers.” Surely even a perfectionist like West doesn’t detest some photos published by Page Six. This memorable photo shows him posing with the late Louis Vuitton artistic director Virgil Abloh back in 2018. Abloh tragically passed away late last year. Denim darlings! Ye and his now ex-girlfriend Julia Fox are seen sporting matching ensembles while stepping out in Paris last month. Page Six readers couldn’t get enough of the couples red hot romance, which began after they met in Miami on New Year’s Eve. Perhaps fearing Page Six snappers, West covered his entire face as he sat at the Super Bowl in Los Angeles on Sunday. However, the eye-catching face coverings ironically made him stand out even more. Page Six published this snap of a smiling West last October after it was revealed that he had legally taken on the name “Ye”. West was photographed by paparazzi heading out to dinner in Malibu with Pusha T last October. And while he may rage about being captured by snappers, he’s certainly not heading to low-key lunch venues. This photo was taken at celebrity hotspot, Nobu, Buff and brooding: A surprisingly ripped West was spotted again in Malibu last week dining with Kim Kardashian look-a-like Instagram model Chaney Jones. The musician didn’t shy away from flaunting his muscular physique as he donned a low-cut muscle tank, jeans, and some boots. West was all smiles in this Page Six pic, which was taken as he attended the Los Angeles Mission’s Annual Thanksgiving event in Los Angeles last November. The star also appeared to be in a good mood as he was photographed leaving Michiko Sushino restaurant with his daughter North West in London just a month earlier. New love: Page Six was on hand as West stepped out solo in New York on January 5 — just days after he met ladylove Julia Fox. Less than a week later, West and Julia Fox were pictured ending the night at a Hollywood hotel following their dinner date at Craigs in Hollywood. Photos of the hot new couple sent the media world into a frenzy. Late last year West was reported to have dined with former Trump fixer Michael Cohen. Apparently eager to go incognito, West donned a mask. This is thought to be the rapper leaving Sant Ambroeus Cafe, on Park Avenue. Back in December, Page Six exclusively broke the news that West had broken up with model Vinetria. The pair are pictured sitting courtside at an NBA game earlier in the year.