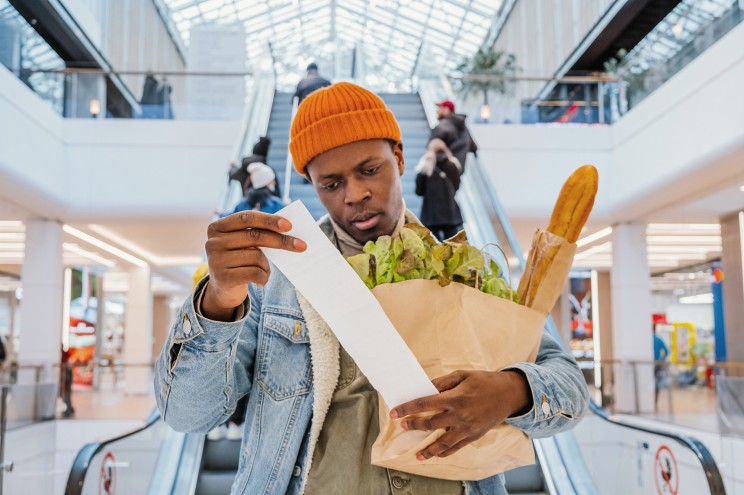 A key inflation indicator ticked higher in December as supply chain disruptions, product shortages and a tight labor market continue to result in higher costs for Americans, the feds said Friday. Consumer prices rose 5.8 percent in December compared to one year earlier, according to the Commerce Department’s Personal Consumption Expenditures index — the Federal Reserve’s preferred measure of inflation. The rate increased compared to November, when the PCE hit 5.7 percent. The core PCE, which does not include volatile food and energy prices, was up 4.9 percent year-over-year. The core figure rose from 4.7 percent in November. The spike in inflation marked the highest rate of increase since 1982. Inflation has remained high for months compared to the Federal Reserve’s target level of 2 percent. Consumer spending declined 0.6 percent. Personal income increased 0.3 percent. Republicans have stepped up their criticism of the Biden administration’s economic policies, arguing President Biden’s push for more government spending has caused inflation to accelerate and hurt ordinary Americans. Biden asserts that supply chain disruptions attributable to the COVID-9 pandemic, as well as corporate greed among top food and energy firms, are the key causes. The president is also adamant that the economy is strong despite inflation. The US gross domestic product grew at 6.9 percent in the fourth quarter — data that Biden touted as “no accident.” “My economic strategy is creating good jobs for Americans, rebuilding our manufacturing, and strengthening our supply chains here at home to help make our companies more competitive,” Biden said. The Bureau of Labor Statistics’ Consumer Price Index, which hit a four-decade high of 7 percent in December, is the more closely tracked inflation gauge. But the Fed prefers to use PCE to set policy because it is considered more accurate and can be revised over time. Fed Chair Jerome Powell is under immense pressure to address rising inflation, with critics arguing the central bank has been too slow to react to the problem. Meanwhile, Powell has acknowledged the Fed no longer considers inflation to be “transitory,” as supply chain disruptions and imbalances between supply and demand have been slower to resolve than top economic officials expected. Earlier this week, the Federal Open Market Committee signaled plans to hike benchmark interest rates as soon as March for the first time in more than three years. The Fed is expected to hike rates at least three times in 2022. Rate hikes are the Fed’s key tool to combat inflation. The Fed also indicated it would end bond purchases in March as it dials back on measures meant to prop up the US economy during the COVID-19 pandemic. “This is going to be a year in which we move steadily away from the very highly accommodative monetary policy we put in place to deal with the economic effects of the pandemic,” Powell said at a press conference.